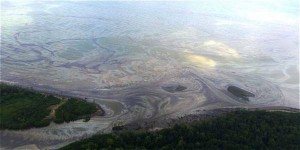 The first shipment of water offered by Ecuador arrived at the municipality of Tumaco, Colombia’s southwest.

Almost 110,000 liters of drinking water were sent from Puerto Esmeraldas, while the public company Infraestructuras Pesqueras del Ecuador brought another 1,700 liters.
This charge will help solving the emergency the Colombian region stands by not having access to water since last Monday, after the Revolutionary Armed Forces of Colombia (FARC) provoke an oil spill that polluted the rivers of the zone.

Exploitation of oil in the Arctic

Pope Francis gave a message to journalists on the plane