The vaccine against covid-19 -recognized as a global public good by health authorities mundiales- is a scarce commodity . A Ecuador have reached 24,570 doses is expected tomorrow, 25 February 2021, 17 500 more arriving from Pfizer . In April, according to plan, there would be a batch of Covax (from WHO). 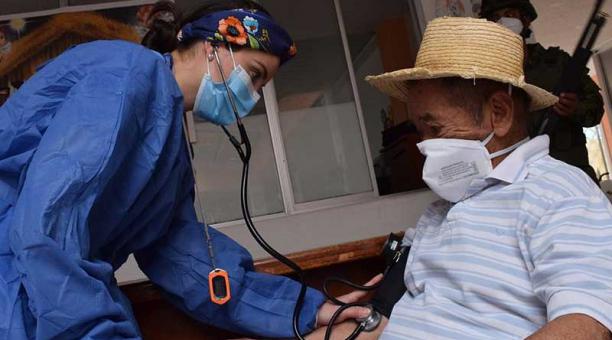 Xavier Solórzano, Deputy Minister of Health, already admitted difficulties in December. “The large economies have applied the weight to us, it is a matter of the market. As it is a new product , advance purchases were made , whoever had the ability to put the money ahead agreed to a greater quantity and priority in delivery ”.

Israel , for example, has already vaccinated more than 4.4 million inhabitants in two months. Chile reached nearly 2.7 million in 15 days. In the country, technical and legal negotiations with Pfizer-BioNtech began last September, with a confidentiality agreement.

In that month and in October, the Ministry of Health (MSP) and the pharmaceutical company negotiated technical, logistical and financial conditions. On October 17 they signed another document. It was not the definitive one, according to the Portfolio reports accessed by this newspaper. That agreement was only officially signed on December 30, after authorization from the State Attorney General’s Office.

At the beginning there were 2 million formulas. But on January 29, after a meeting between Minister Juan Carlos Zevallos and the regional Pfizer , the quota reached 6 million.

AstraZeneca of the University of Oxford is another provider . The talks began in July, but the confidentiality and advance purchase agreement was signed between October 12 and 19.

5 million doses are expected. The exact delivery dates are not officially known. It is said that since May.

Ecuador also reached an agreement with the Covax Facility , a global mechanism of the WHO , Gavi and others. The letter of interest was sent on August 31 and the agreement was signed on October 17, for 7.1 million doses.

Thus, the Government seeks to acquire 18 million doses to immunize 9 million inhabitants (52% of the population).

On October 21, the Health minister added that Novavax , Johnson & Johnson , Moderna , Covaxx , and Chinese companies Sinovac , Sinopharm and Cansino have also been approached .

With Johnson & Johnson, Moderna and Covax there are more advanced negotiations; They are in the process of technical and legal review . The talks continued between July and September. With the rest, details are still being refined.

There are even approaches with the Gamaleya National Epidemiology Research Center, of the Russian Ministry of Health, in charge of Sputnik V and Gam-Covid-Vac .

On September 10 they were contacted; there was a memorandum of understanding. But they await authorization from the FDA and the European Union , also from Arcsa (local).

Minister Zevallos has been satisfied with his management to bring vaccines . On January 27, in a video, he said that Ecuador, beyond financial limitations and competing with the world, has been among the first to receive them.

An immunization plan was developed six months ago , he noted. “I made contact with several pharmaceutical companies . I drew on my 16 years of working with the US CDC and colleagues and contacts in health disasters. ” That day he also admitted to having inoculated his mother .

In total, the Government will invest USD 200 million for the formulas in closed phases and in negotiation and settlement with others. This newspaper has requested information on the progress of the plan and other health issues, since December, and has not received any answers.

For the doctor Fernando Sempértegui, rector of the Central University, it is necessary to know what steps the Government has taken. And shed your prejudices and examine other options, such as the Russian ones. You have to think, he says, of the cost-benefit, in terms of human lives.

Claire Muslin, epidemiologist, and Esteban Ortiz, health worker at UDLA, agree on the need to speed up the administration of doses , especially to health personnel and the elderly. “In France, immunization started with three different laboratory vaccines,” says Muslin.

Patricio Alarcon, president of the Quito Chamber of Commerce, agrees that Ecuador was slow to realize the negotiations with pharmaceutical . They await the doses for the reactivation of the economy .

According to the Vaccine Plan, until October it is planned to immunize 9 million Ecuadorians of legal age (52% of inhabitants). Until the fourth week of April, said the President, the country will have 355,870 doses of the pharmaceutical company Pfizer.