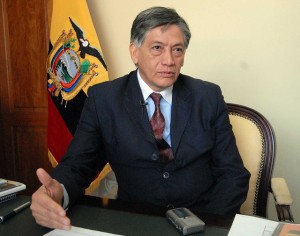 The Ecuadorian ambassador in Spain, Miguel Calahorrano, went to Pamplona and Tudela, in the region of Navarra (north), where they will start to take out such services to assist compatriots at risk of losing their homes.

In a telephone conversation with EFE, Calahorrano said that since early 2012 the goverment has conducted over 21,000 legal assistance to Ecuadorians affected by mortgage problems, which has benefited 12,000 households.

According to the diplomat, there is not a precise quantification of the number of affected people, but he said it could be 20,000 to 25,000 families.

Calahorrano said that there have been about 650 “achievements or successes”, defined as donations of apartments in payment, obtaining social rent or remission of debts with banks.