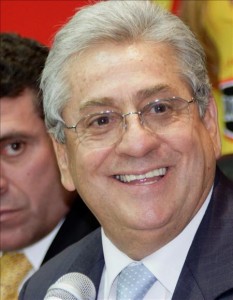 The Ecuadorian soccer team will participate in the World sub 20 of Colombia, the first round match will be against Australia, Spain, and Costa Rica in the group C.

On Saturday of July 31, the Ecuadorian team will play against the Australians in Manizales. On August 3 it will measure themselves against Spain and Costa Rica on August 6, in Pereira.

Luis Chiriboga, the president of the Ecuadorian Soccer Federation (FEF) and its coach Sixto Vizuete attended the ceremony. The World Cup will have 24 teams from all over the world. The teams will be distributed in six groups of four teams each.

According to the game system the eliminations will be in the quarterfinals, semifinals and the final. The World Cup sub 20 will start on July 29 until August 20.

Tornadoes in USA Destroy Everything