Ecuador continues to validate visa requests for Exception for Humanitarian Reasons ( Verhu ) for Venezuelan citizens. A total of 44 051 have been awarded. 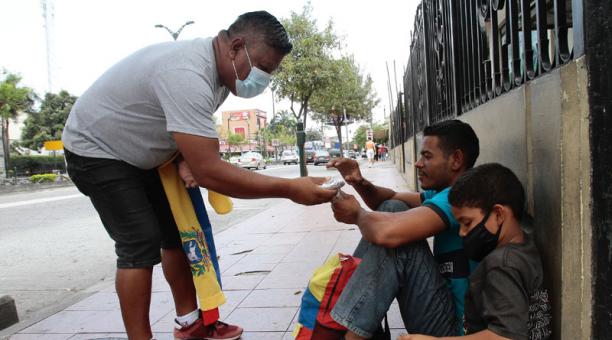 The Ministry of Foreign Affairs reported that, although the process officially ended on August 13, the requests submitted during that process are still being resolved.

The groups and associations of Venezuelan citizens are waiting to know the new guidelines adopted by the National Government on regularization, since they maintain that a large population of that nationality remains in an irregular condition.

The VI Round of the Quito Process was held in Quito the previous week. The Director of Protection of Ecuadorians Abroad , Rosa Vásquez, explained that the initiative was proposed to create a regional coordination mechanism for the prevention of the crime of trafficking in persons in the region.

This crime includes “the recruitment, transportation, transfer, reception or reception of people, resorting to the threat or use of force or other forms of coercion; to kidnapping, fraud, deception, abuse of power or a situation of vulnerability ”.

The crisis of Venezuelan migrants and refugees makes people find themselves in a situation of greater vulnerability than in other migratory processes, which places them in a high-risk situation in the face of human trafficking, due to the lack of documentation.

For this reason, the VI Round of the Quito Process proposed to continue with the work for the creation of a regional mechanism for the prevention, protection, assistance and prosecution of the crime of trafficking in persons, emanating from point 9 of the Joint Declaration of the V Meeting International Technique on Human Mobility of Venezuelan Citizens .