Banco Pichincha CA has just announced the placement of the first social gender bond in the Ecuadorian stock market, with IDB Invest and the International Finance Corporation (IFC) as investors. The amount of the issue was $100 million, for a term of 5 years. The resources are aimed at promoting the growth of businesses led by women in the micro, small and medium-sized business segments. 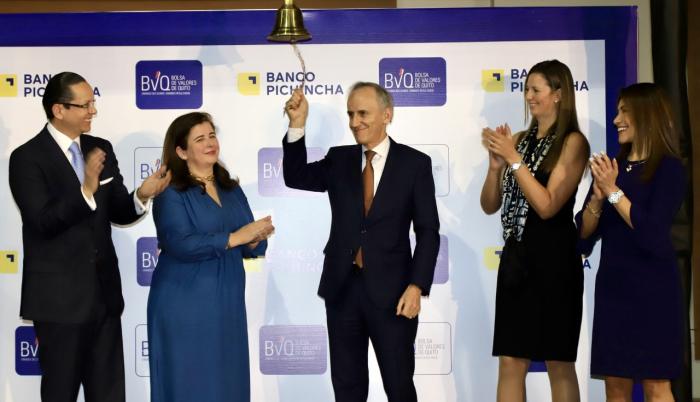 The issue had the support of investors such as IDB Invest and the International Finance Corporation (IFC).

The company stated that the securities were placed at a variable rate plus a fixed spread (Libor 6M + 4.30%) and the issue had a AAA- rating by the BankWatchRatings agency. The issuance of these titles and their financing will make it possible to provide loans to 10,000 women who own or lead micro, small and medium-sized enterprises, which will allow them to increase their productive investments and their economic development.

“We are pioneers in Ecuador in this type of operation, leading the way for other similar transactions that favor financial inclusion and promote the empowerment of women entrepreneurs,” said Santiago Bayas, general manager of the entity.

Banco Pichincha was, in 2012, the first signatory in Ecuador of the United Nations Global Compact and, in 2015, the first company to sign the UN Women’s Principles for the Empowerment of Women.

This is not the first social bonus in the country. In December 2020, Banco Guayaquil issued the same instrument. Its goal was to allocate $20 million to support the financial inclusion of small businesses.

Isabel Noboa, the businesswoman with the best reputation in the country in the last eight years