The proforma of the General State Budget 2023 projects an annual oil production of about 188 million barrels, equivalent to almost 521,000 barrels per day. The figure is a challenge for the current administration. 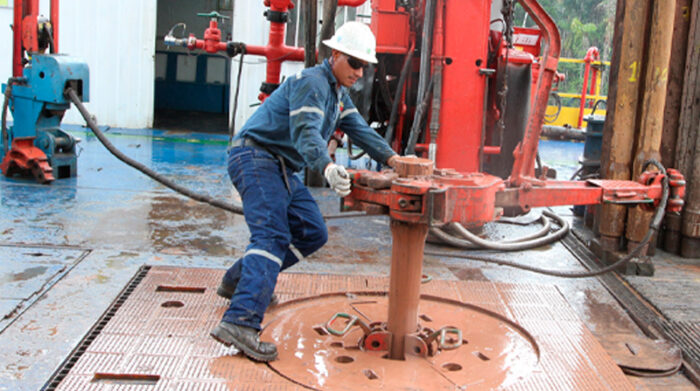 The extraction of crude oil is concentrated in the fields in the eastern part of the country, where the oil companies operate.

The expected production volume would be very similar to that observed in 2018, when there was an average of 517,000 barrels per day.

But, at the same time, it is higher than what was registered in 2021, when it reached 473,000. According to the Central Bank of Ecuador, between January and September 2022, 482,000 barrels were produced per day, on average. In other words, it would take more than 35,000 barrels to reach the proforma projection.

The Minister of Energy and Mines, Fernando Santos, assured before the Economic Regime Commission of the National Assembly that the projected production figure is completely achievable.

This increase will come mainly from the Sacha field and Block 43 ITT (Ishpingo, Tambococha and Tiputini). This, despite the fact that Ecuador has many oil reserves, but to get it out, more investment and technology is needed, said the Secretary of State.

According to the projection of the Ministry of Energy, the ITT would increase about 33,000 barrels of crude oil per day next year. Currently, it has a daily production of 50,000 barrels.

For this to be achieved, more drilling is needed in the buffer zone of the Yasuní National Park, which is considered a megadiverse zone.

For now, there are two platforms there (A and B), with an average of 20 oil wells on each one. And four more platforms are needed.

The Ministry of the Environment, Water and Ecological Transition must grant a special permit for these works to be carried out.

According to Santos, all the studies have already been presented; these authorizations are expected to be granted by April.

Sacha, for its part, is the most productive oil field in the country, reaching 60,000 barrels per day. “It’s very easy to increase production there,” Santos said. For Miguel Robalino, an oil analyst, the increase in production is complex and the terms and fields need to be clarified.

The Economic Regime Commission of the National Assembly questioned the price per barrel of oil of USD 64.8, estimated in the Proforma. According to legislators, at least USD 75 should be considered. The Ministry of Finance explained that the macroeconomic forecasts on which the Proforma is based were technically calculated and ensure fiscal moderation.

“There is prudent management in setting the estimated price of oil and thus avoid past mistakes when betting on a high price and then going down.” According to the Portfolio ‘s calculations, only USD 2 out of every USD 10 enter the PGE, since the rest of the resources are directed to pre -assignments established by law, to Petroecuador operations.

Regarding the current expenses of Proforma 2023, the Minister of Finance, Pablo Arosemena, pointed out that a budget of USD 20 billion has been set to guarantee the provision of public services.

In this group of expenses there are USD 9,887 million to cover the salary bill, an amount that has increased in relation to the year 2022 by 9%, partly due to the decision of the Constitutional Court to increase the remuneration of teachers and due to the increase in the health personnel, National   Police, Traffic Commission and penitentiary service.

The head of the Ministry of Finance specified that USD 9 of every USD 10 that goes to pay salaries goes to security, health, education, justice and other entities.

This would comply with the constitutional increase of 0.5% of the Gross Domestic Product (GDP), which is USD 611 million in each of these areas. The GDP is USD 122 billion.

For next year there will also be an increase of USD 185 million in the security sector budget, which will receive a total of USD 3,365 million. Regarding the Annual Investment Plan, USD 1,871 million has been budgeted for programs and works for roads, education, health, national defense, agriculture, social inclusion, among other State entities.

In the Proforma, a social investment of USD 15,276 million is projected, an amount that was calculated using the methodology created in 2015 by the former Senplades , Finanzas detailed. According to the document, USD 1,307 million will be allocated to social bonds and USD 3,109 million for social security, where USD 2,355 million is for the IESS, a figure higher than USD 1,586 million in 2022.

In the words of Minister Arosemena, this Proforma is an effort to increase social investment and, at the same time, continues to reduce the fiscal deficit, which in 2023 will reach USD 2.63 billion. This represents 1,154 million less than what was established in the 2022 Proforma Budget, according to that document.