The Vice President of the Republic, Otto Sonnenholzner and the Minister of Production, Foreign Trade, Investment and Fisheries, Iván Ontaneda, visiting Qatar had a meeting with Saud Hassan al Thawadi, General Secretary of the Supreme Committee and the Legacy, the entity responsible for the construction of the stadiums, the necessary infrastructure for the world cup, and most of the logistic aspects of the event. 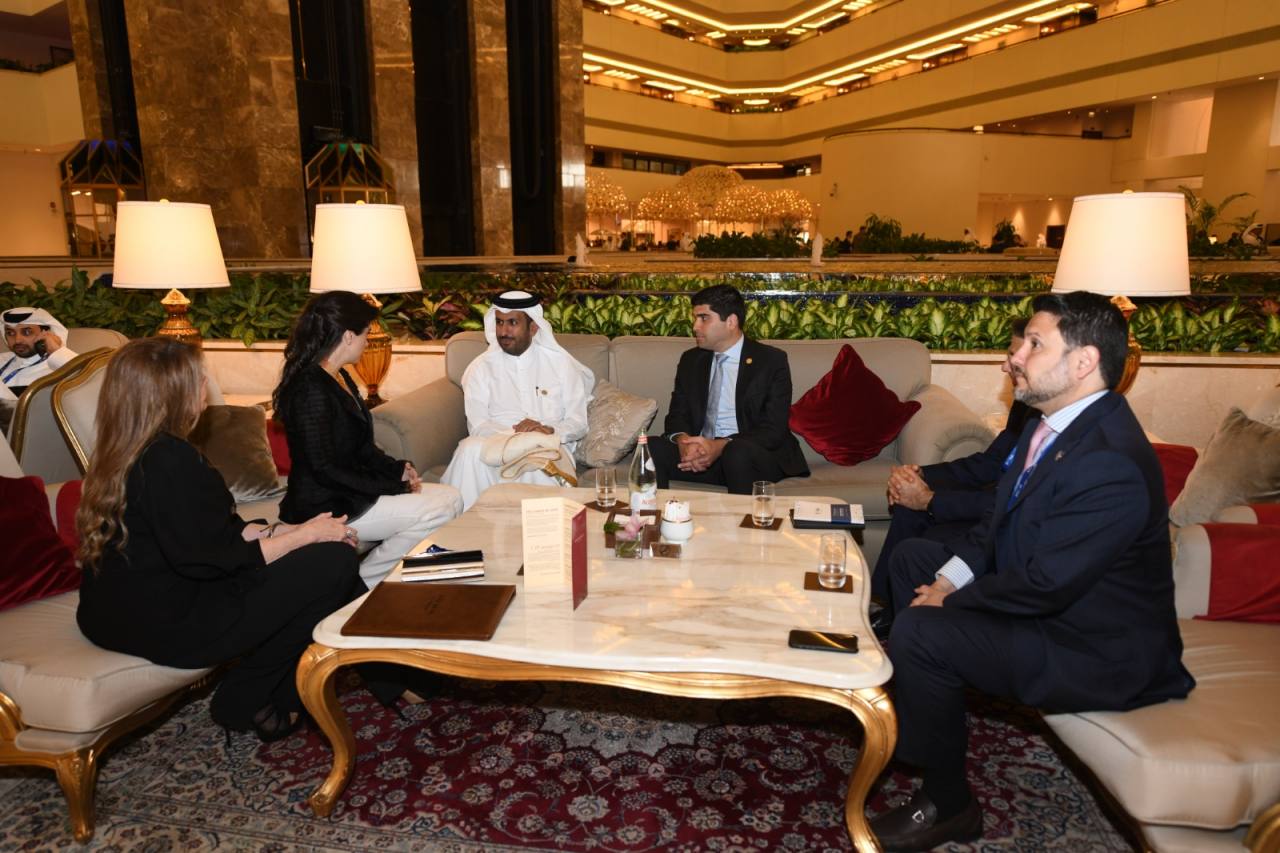 The Qatari authorities showed interest that Ecuador meet the demand for products during the 2022 World Cup. The appointment was made during the authorities’ visit to Qatar, according to the Ministry of Production in a statement.

The Secretary General said that one of the foods that has been previously sold out, in the context of major sporting events, is bananas.

At this meeting they also delivered the catalog of the exportable offer to Al Thawadi with the request that a technical meeting be held to detail the procedures that ensure the entry of Ecuadorian products well in advance.

In Qatar, the Supreme Committee for Delivery and Legacy is part of these aspects including the provision of food to the teams, their committees, technicians, journalists and fans who will attend the event.

In addition, Minister Ontaneda met with Ali Bin Ahmed Al Kuwari, Minister of Commerce and Industries of Qatar, to whom he formally submitted a request for shrimp, quinoa, and the Ecuadorian granadilla to access the Qatari market, and join the list of other products that are currently enabled.

Likewise, technical meetings were held with Hassad Food, a subsidiary entity of the Qatar Investment Authority that focuses its operations in the field of agriculture and fisheries. At the meeting, Ecuador suggested the possibility of investing in the country in agricultural and aquaculture projects in order to combine business with that country with the possibility of providing food sovereignty to the Emirate.

Qatar is a State with a little more than 2 and a half million inhabitants, that is, the same population of Guayaquil; However, its Gross Domestic Product is twice that of Ecuador, resulting in a population with a real purchasing power of about $ 130,000 per year per inhabitant.