Ecuador raised $ 14.1 million in safeguard for Colombia and Peru 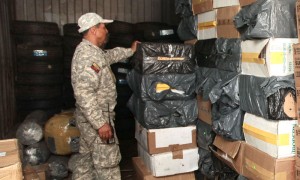 The exchange safeguard that Ecuador imposed to the imports from Colombia and Peru left $ 14.1 million in revenues in its first month of application.

This corrective measure was established as a response to the devaluation of their currencies. For Colombia a safeguard of 21% was imposed; and 7% for Peru, measure that became effective on January 5, 2015.

Of the proceeds from safeguards, 82% were products from Colombia, according to Customs.