With an investment from the State of $ 5.5 million, the vaccination campaign against foot-and-mouth disease began this Monday, July 18, which will last until August 31 and is in charge of the Ministry of Agriculture and Livestock (MAG), through the Phytosanitary and Zoosanitary Regulation and Control Agency (Agrocalidad). 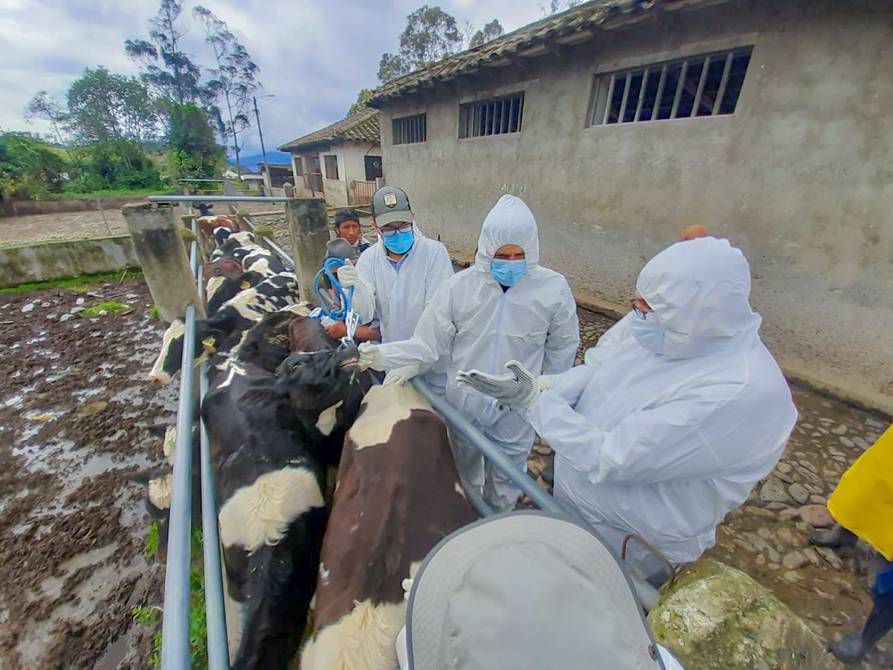 The State will subsidize 70% of the cost of the vaccine (biologicals, needles and certificates). The remaining 30% will be paid by the rancher (60 cents on the dollar).

In this campaign it is projected to inoculate 4.6 million cattle and buffalo animals, reported the MAG. This ministry explained that the State will subsidize 70% of the cost of the vaccine (biologicals, needles and certificates). Meanwhile, the remaining 30% will be paid by the rancher (60 cents on the dollar).

Thirty-three vaccination operators will be in charge of visiting the ranchers for 45 days, through a schedule developed based on the information of the cattle in the continental territory of Agrocalidad and with it the programming of the vaccination zones was carried out, Therefore, it is not necessary to process or register in advance.

According to the Minister of Agriculture and Livestock, Bernardo Manzano, in this first phase of vaccination, more than 1,200 brigade members will travel throughout the country (with the exception of Galapagos), inoculating all cattle and buffalo.

“The objective is to maintain the animal health status of Ecuador. For more than 132 months (eleven years) there have been no outbreaks of foot-and-mouth disease, which has made it possible to raise healthy cattle that produce meat and milk, as well as quality derivatives for consumption in Ecuador and the world,” said Manzano. And he added: “Thus we protect the cattle heritage of more than 284,000 ranchers and their families, who depend on the health of their animals to produce and generate income.”

To know the schedule in each zone, channels 1800 247 600 or through the AGRO Móvil digital application are enabled. (YO)