In August 2020, Valentina (protected name), born in Venezuela , will turn three in Ecuador . Upon arrival he processed a professional visa. 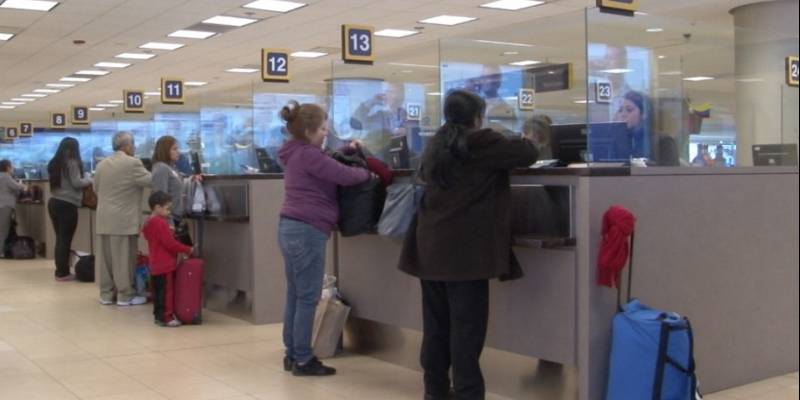 At the beginning, he participated in a project linked to communication, but it lasted little. Since then, it has been difficult for him to find work . In the last quarter of last year your document expired. He decided to take advantage of the regularization process that the Government has been doing since September 26, 2019.

This procedure has two steps. First, an online immigration registry, which is completed with a biometric registration , by the Ministry of Government. The second step is carried out by the Foreign Ministry , through the virtual consulate, to obtain an exception visa for humanitarian reasons .

Valentina, thirty-year-old from Zulia State, has completed the immigration registration phase. This process of regularization and the management of the exodus of Venezuelan migrants will be one of the topics that will be presented at the XII Summit of the Global Forum on Migration and Development, which will officially begin tomorrow, January 21, 2020, in Quito.

Ecuador held the presidency of this international forum in 2019 and will close its period by closing the summit.

Ambassador Santiago Chavez is the current president of the Global Forum . He explained that more than 1 084 delegates will attend the appointment. It is planned to have delegations from 150 countries.

This initiative , born in 2007 with the support of the United Nations Organization, has three mechanisms for participation: civil society, business and mayors.

In addition, 12 parallel events were scheduled, in which topics such as forced migration , refuge requests and migratory narrative will be addressed.

At the meeting, Ecuador will present a balance of attention to Venezuelan migrants and their inclusion in the country. According to data from the Ministry of Government, between 2014 and 2019, there is a migration balance of 365 423 Venezuelan citizens. The figure refers to foreigners who entered Ecuador and remain there.

2018 was the year in which more income of Venezuelans was registered: 955 637. In that same period, 801 851 people of that nationality left Ecuadorian territory.

In 2019, there was a decrease in revenue . The reason: since August 26, Ecuador began to apply for a visa to all Venezuelans who wish to access the country. In parallel, a process of migratory amnesty was initiated, which includes a humanitarian visa .

The Foreign Minister, José Valencia , said that the Forum will have a focus on the contribution that migrants can give to the development of States. The minister believes that the Government has demonstrated “proactivity” to address this phenomenon. He cited, for example, the diplomatic meetings of Quito that sought international support to address the human mobility crisis.

“The purpose (of the Forum) is not only to have data and figures, but to be a source of inspiration for public policies on migration and to encourage international collaboration.”

Data from the Ministry of Government realize that, since last September 26, 182 578 Venezuelans made the online immigration registration. While 85 436 fulfilled the biometric registration .

As for the second step, according to the Ministry of Foreign Affairs, with court until January 14, the virtual consulate has received 17,000 requests for regularization .

During that period 13 533 humanitarian visas have been issued. Of these, 10 440 were delivered in Ecuador, while another 3 113 in the consulates of Lima Bogotá and Caracas.

Daniel Regalado, president of the Venezuela Association in Ecuador , believes that the number of humanitarian visas delivered is still low, as many foreigners do not have a passport. This document is one of the requirements for regularization. “The majority entered with the Andean letter or lost their passport during the trip. This slows them down, ”he said.

Between 2015 and June 2019, the Foreign Ministry granted 106,000 visas to Venezuelans, of the different types available, not counting humanitarian ones.

During 2019, Ecuador also requires visas for people from 11 countries, which adds up to 23 nations that have a special regime for their citizens to enter the country.

Within that group, during 2019, foreigners from India and Cameroon have the highest migration balance.

Ambassador Chávez said that the Forum will seek opportunities to achieve “governance” in the migration issue, despite the fact that the appointment is not binding.

The presence of a delegate of the Nicolás Maduro regime is foreseen in this appointment.