The filmmaker Paúl Venegas explores the phenomenon of migration through a group of Asian citizens based in Ecuador, chosen as the protagonists of ‘Void’. The film arrives on the national billboard this Friday , January 23, 2020 , on the eve of the Chinese New Year , as a mixture of drama and suspense. 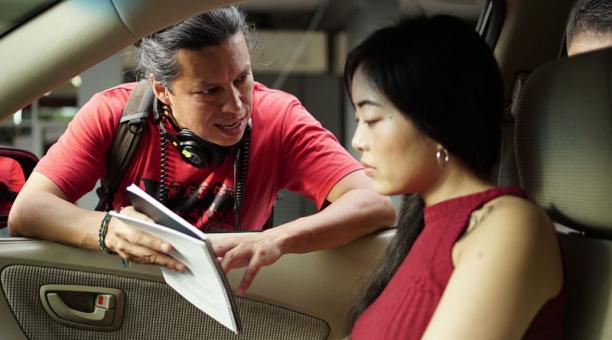 The film, co-produced between Ecuador, Uruguay and Colombia, tells the story of Lei and Wong , who arrive clandestinely in Guayaquil. She sees Ecuador as a country of passage to get to New York and he just yearns to bring his son from China to start a new life. The future of both is in the hands of Chang, a fickle mobster who uses his position of power for his own benefit.

‘Empty’ is born from a script that began to be written 10 years ago between Paúl Venegas and Carlos Terán Vargas , from a common interest in Asian culture. Terán Vargas was inspired by the Chinatown of Havana, while studying in Cuba, and Venegas part of his own experience as an immigrant in Beijing, one of the nine countries in which he has lived since adolescence.

“ Migrating is going in search of your own dream and it’s like taking a leap into the void,” says Venegas about the idea that gives title to his first fiction film as a director, where 70% of the dialogues are in Mandarin.

To bring his characters to life, Venegas sought out actors in China, but production costs led him to choose natural actors among the Chinese community of Guayaqui l. Hence, Fu Jing, Zhu Lidan, Meng Day Min and other citizens of Asian origin, who prepared for three months to play the characters of ‘ Void’, which was filmed in 32 days, between September and October 2017.

During the process, the project was enriched with personal and real stories that opted for the script , such as a tangential reflection on machismo , human trafficking, abuse of power, yearning, identity and uprooting.

The pedestrian tunnels formed by the arcades in the center of Guayaquil and other corners of the city constitute the main stage of the story. The Guayaquil of ‘Emptiness’ is a tropical city with high contrasts, whose dynamics, colors and shapes palpitate between closed frames, which give it a universal character and reveal the influence of Wong Kar Wai cinema .

‘Emptiness’ is an unprecedented experience in Ecuadorian cinematography, which portrays the encounter of two cultures through a personal history , which provokes curiosity and interest in current issues.