Ecuador seeks extension of maritime rights up to 350 miles 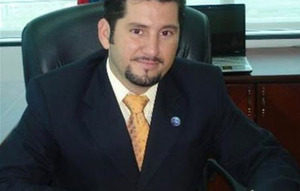 The Technical Secretariat of the Sea (SETEMAR) hits to today at the headquarters of the ECU -911 System Samborondon the seminar “Extension of the Continental Shelf beyond 200 nautical miles: Technical and Legal Aspects” which considered the option so that Ecuador may have sovereign rights that may cover up to 350 nautical miles.

Jose Centenaro SETEMAR biologist and secretary, said the suction at the maritime field is the application of section 76 of the Sea Convention (UNCLOS) of which Ecuador is a party, which would allow a nation to extend its sovereign rights in the sea​​. This would be on the platform of a mountain range under the ocean from the Galapagos Islands to the mainland.

Centenaro said the country has absolute sovereignty in 12 miles, and 188 has sovereign rights and aims to extend these rights to 150 additional miles. Ecuador would have priority in claims on the resources of the mountain range, but not in the one above it.

The seminar was also attended by exhibitors from the UN Permanent Commission of the South Pacific, from Argentina, Australia, Iceland, Spain, Portugal, United Kingdom, Uruguay and USA.