Ecuador aims to increase its current oil production, which is around 550,000 barrels of crude oil, to reach nearly 600,000 next year, when its departure from the Organization of Petroleum Exporting Countries (OPEC) announced in October will be effective. 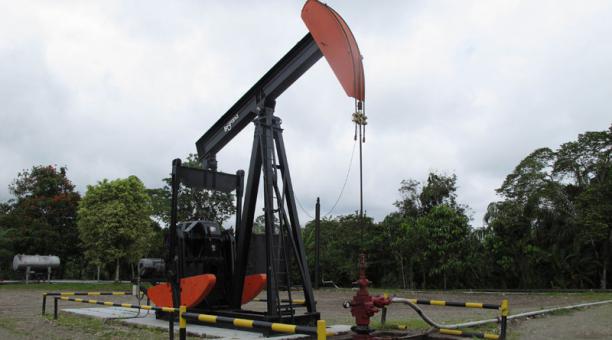 This was stated on Monday, November 18, 2019, the outgoing Minister of Energy and Non-Renewable Natural Resources, Carlos Pérez, in statements to the media within the XIV Annual Meeting of Mining, Energy and Petroleum, held at a hotel in Quito.

On the production of crude oil he said that “by 2020 it seems to me that (it will be) around 580,000 to 590,000 barrels”, although he acknowledged that these predictions could be affected by projects in which arrears are recorded.

On average, said the energy owner, the country will produce this year more than half a million barrels, between 543,000 and 550,000, a figure above the limit of 528,000 established for the country by the Organization of Exporting Countries.

“Ecuador respects those agreements and that is why we had to take the alternative of leaving OPEC,” he said. The economist César Robalino, former Minister of Finance and Energy Resources, warned at the meeting that “it is no longer possible to get out of the crisis” through previously applied formulas, and in light of the public investment required by the country and the refusal of various economic measures by social groups, he advocated finding alternative formulas.

“It is possible to raise oil production, we must release oil,” said the specialist and pointed to the site in the Yasuni, National Park located in the Amazon basin and of high biological value. In parallel, he called on the Government to restructure the oil debt with China, and to do it “from Government to Government” without the intermediation of the companies, in addition to advocating the issuance of long-term bonds as a revulsion to seek liquidity.

The goal, according to the former Minister of Energy, is to begin drilling and producing in the Ishpingo field, on platforms A and B, which are outside the so-called “buffer zone” of Yasuni, within six to eight months

“What you have to see is if we achieve approval for the eight platforms around the buffer zone, where by law it is allowed to develop,” he added. For his part, the Minister of the Environment, Raúl Ledesma, defended that “Ecuador is a country committed to promoting environmental sustainability as a fundamental pillar of its development”.