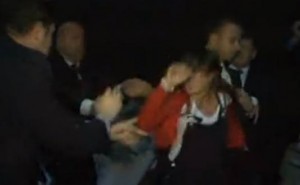 Through his Twitter account, Jose Serrano, Interior Minister, referred to the events recorded on Thursday afternoon at the Institute of Higher National Studies (IAEN), where the Turkish security forces accompanying Recep Tayyip Erdogan, President of the visiting country, attacked several people who were protesting at the site.

Serrano indicated on the social network that in compliance with Section 17 of the Law on Immunities, diplomatic privileges and franchise, in force since June 25,1973, the Interior Ministry proceeded to seize the diplomatic passport and police reports to deliver them to the Foreign Ministry

The Samanes case: unfulfilled tenders for the military