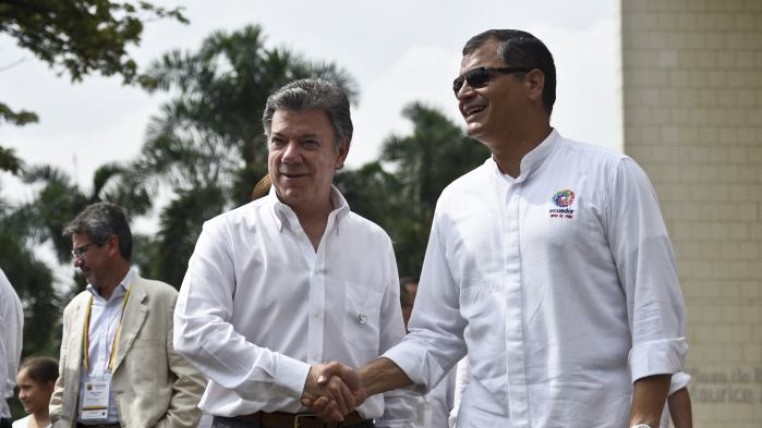 Ecuador will set its maritime boundaries in the Pacific Ocean, with Costa Rica and Colombia, in a symbolic act that will take place today in the Galapagos Islands, with the presentation of a new nautical chart.

Presidents of Ecuador, Rafael Correa; of Colombia, Juan Manuel Santos; and Costa Rica, Guillermo Solis, will be in Puerto Ayora (Santa Cruz Island), where they will endorse the common sea boundaries, after the National Assembly approved on March 8 the Convention on Maritime Delimitation between Ecuador and Costa Rica, which was ratified in the Executive Decree 963, on March 11.

According to the Foreign Ministry, after this boundary definition, “the maritime territory of Ecuador will be 5.3 times larger than the continental national territory.”

In an official statement, Foreign Minister Guillaume Long said that this extension “creates greater opportunities for research, science, technology and development. Our neighborly relations are stronger than ever.”

Yesterday afternoon, Correa received Solis in the Mariscal Sucre airport in Quito; then they traveled to the Galapagos Islands.