Ecuador expanded its connectivity with the launch of the SPSC submarine cable or also known as Mistral, with the participation of América Móvil (Claro). 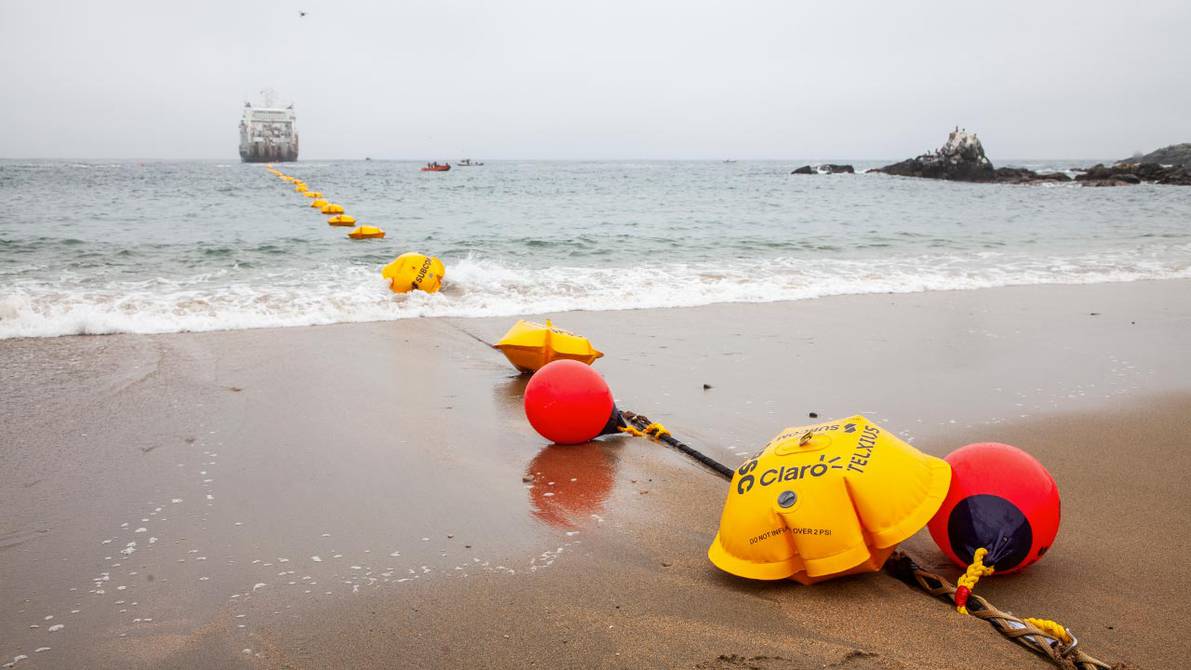 With approximately 7,300 km, six fiber pairs and 132 Tbps of potential capacity, Mistral is the first submarine cable in the last 20 years that connects Guatemala, Ecuador, Peru and Chile.

It is the first submarine cable system since 2001 to connect Puerto San José (Guatemala) with Valparaíso (Chile), with additional landing points in Salinas (Ecuador), Lurín (Peru) and Arica (Chile).

Currently, 99% of telecommunications are transported by submarine cables and allow countries to respond to the growing demand for internet services, data and content. They also have a very positive impact on the economic development of a country.

The launching ceremony was held in parallel this Friday from the MAAC platform, in Guayaquil; and Salinas (Santa Elena), with the presence of Alfredo Escobar, president of Claro Ecuador, the Minister of Telecommunications and the Information Society, Vianna Maino, the President of the Republic, Guillermo Lasso, among other authorities.

The Pacífico Mistral cable, a project promoted by Telxius , one of the main operators of digital telecommunications infrastructure worldwide, has an estimated initial capacity of 108 Tbps combined with the lowest latency available between Guatemala and Chile.

With approximately 7,300 km, 6 fiber pairs and 132 Tbps of potential capacity, Mistral is the first submarine cable in the last 20 years that connects Guatemala, Ecuador, Peru and Chile, according to Telxius on its website.

During the launch event, Verónika Pazmiño, general manager of Telxius Ecuador, indicated that the Mistral submarine cable joins two submarine cables that are already operational in Ecuador and will promote the digitization of the country.

“It is undoubtedly an unprecedented technological and investment project, equipped with the most modern technology and which confirms Telxius’ commitment to provide the best service and quality,” said Pazmiño.

Minister Maino explained that submarine cables are of vital importance, since 95% of the Internet, television and telephone signals come from there, which will contribute to improve connectivity for millions of Ecuadorians. “Today we deliver a great digital highway that will promote the development of Ecuador. We not only deliver better quality of navigation, but also economic reactivation for everyone. From the Government we are working decisively to improve telecommunications coverage”, he pointed out.

Escobar, for his part, stressed that “Claro has made consistent investments that allow it to connect 96% of the national territory with more speed, more technology and more coverage, as it is the most robust telecommunications network that unites Ecuadorians.”

Meanwhile, from Salinas, David Alava, Claro’s chief technology officer, stressed that the capacity of the new cable, of up to 132 terabytes per second, will double the current connectivity capacity of the country.

Meanwhile, President Lasso regretted that currently only half of the homes in Ecuador have access to the fixed internet and that there are 246 parishes that have never had it, at the same time that he assured that in today’s world good quality internet is an indispensable service to close the connectivity gap in Ecuador, especially in rural areas

He pointed out that the cable launch is an exclusive effort of the international and local private sector that every day adds more to projects of international benefit and assured that access to this cable does not cost the country a single dollar.

The cable will improve the internal connection and between Ecuador and the world, will help to massify various digital services, such as telehealth, tele-education, and carry out procedures and online training

“Having optimal connectivity is also progress, it is development and it is equity,” said Lasso, who added that they are working on various fronts to achieve the economic reactivation of the country, including health, a sector in which he highlighted the vaccination plan by indicating that So far, 10 million people in Ecuador have been vaccinated with first doses and more than 4.2 million with second doses.

Lasso pointed out that they hope to end the month having vaccinated 70% of the population over 16 years old with two doses.

The Mistral cable is named after the Latin American poet Lucila Godoy Alcayaga, also known as Gabriela Mistral, who was the first Latin American woman to receive a Nobel Prize. Mistral was an inspiring educator in Latin America, the United States, and Europe, representing Latin America at the League of Nations Institute for Intellectual Cooperation and attending conferences of women and educators around the world.

In combination with Junior, Tannat and Brusa, Mistral enables Telxius to offer diverse and robust next-generation subsea network routes throughout Latin America and connects the region to the US and beyond. These systems represent the essential infrastructure that enables Latin America to meet today’s business needs.