The United States has about seven million people who work remotely. They work for a company, but they do not do an office in them, but from a laptop, from anywhere. With this labor flexibility, many take the opportunity to get to know other countries. 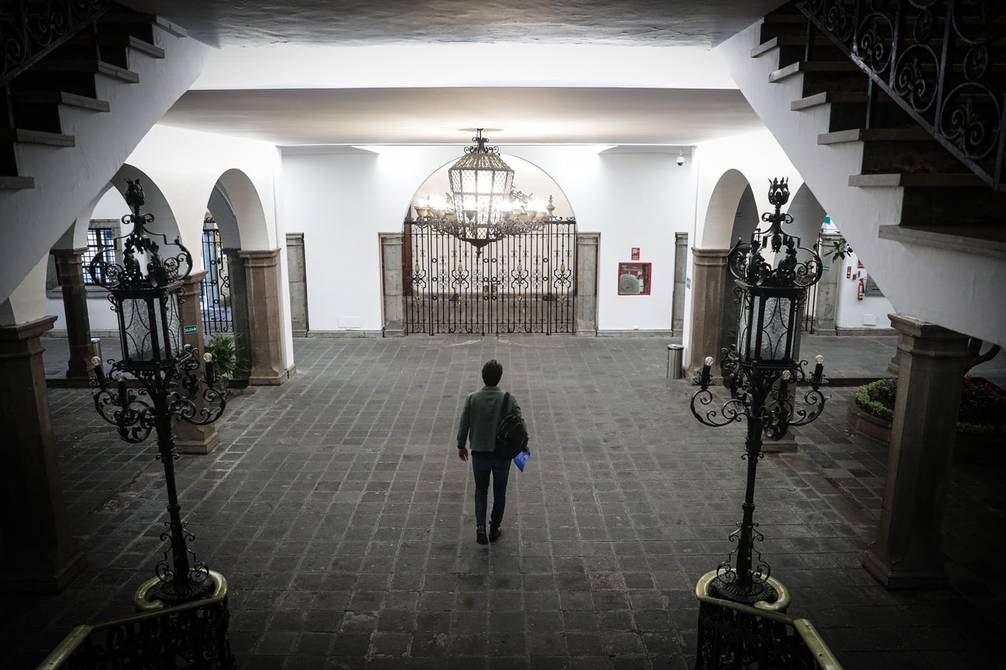 Ecuador wants to capture a part of those digital nomads from the United States and other countries to try to obtain the foreign exchange that they leave behind when they arrive in a nation for a certain period.

The idea is taking shape in the Ministry of Tourism, the Chancellery and the Presidency. The entities are working on a plan so that Ecuador can enter to issue visas for digital nomads.

Niels Olsen, Minister of Tourism, indicates that they hope to enable this visa in the coming weeks so that Ecuador will be the first country in South America to issue visas aimed at digital nomads.

To access this type of visa, foreigners must meet a series of requirements, but Olsen says they are trying to make them more competitive compared to other nations.

Globally there are 18 nations that offer visas for digital nomads. That figure was stretched after the pandemic because some nations see there a possibility to boost their economies. Bermuda, Barbados, Costa Rica, Panama are countries that have these visas.

Panama, for example, requires that the visa applicant prove that they have income from a foreign source of more than $ 3,000 per month or $ 4,000 per month per family, that they have health insurance, an affidavit of non-acceptance of a job offer in the Panamanian territory, among others.

The parameters that Ecuador will require are being polished, but at a general level it would be required that the applicant have an income equivalent to three basic salaries of Ecuador ($ 1,200).

In addition, the nomad will be asked for a certificate of criminal record, health insurance, valid passport, that he is a business owner or employee of a company domiciled outside of Ecuador.

Olsen points out that nomads will not be able to work with this visa for a company from Ecuador, but rather for a foreign firm during their stay in the country.

The visa for digital nomads could last between one and two years, as these types of people usually spend a year visiting different cities within a country and then continue to other nations.

The visa will be open to citizens of different countries, but the focus will be on the US market, where company workers have the possibility of traveling while working.

A global survey conducted by the US consultancy Gartner revealed that more than 80% of 127 company leaders were willing to allow part-time remote work even when it is safe to return to the office.

Olsen indicates that if only 1% of the nomads of the United States were attracted, a significant flow would be generated.

“If 70,000 come and they only have a conservative expense of $ 1,000 a month, we are talking about $ 70 million a month. It has enormous potential to attract nomads, ”says Olsen.

The visa for nomads will cost $ 400 and the form will cost $ 50. The idea is that the issuance of these visas is digitally.

Alfredo Velazco, from the Digital Users group, argues that one of Ecuador’s benefits is having a fairly extended and stable telecommunications network, even above the regional average.

In addition, he believes that the use of the dollar can be an advantage for a foreigner. “The country is cheap in food and services, unfortunately not on the internet, so working beyond tourism is competitive compared to other countries in the region,” he says. (I)

Galo Vargas, entrepreneur of indies SaaS start-ups and founder of Inkspired, a platform for publishing stories, is an Ecuadorian who has experienced the lifestyle of a digital nomad. This computer engineer and digital designer has traveled 71 countries. From his perspective, he believes that Ecuador has attractions that can help attract digital nomads from other countries.

He maintains that a person decides to be a nomad not necessarily to save money, but so that the same money that he already uses in daily and routine things such as paying a fixed rent, paying for electricity, TV, is used in something that gives him a different meaning to his lifestyle outside of what he already lived before and elsewhere.

“A digital nomad in nature seeks new experiences, and this includes traveling to exotic places, seeing places, meeting new people, getting out of the comfort zone, living, experimenting and learning new things,” he says.

Hence, he considers that Ecuador represents an ideal option for a nomad, as it can fulfill this premise of providing new and very varied experiences with four regions. If flight prices are not taken into account, which are high, Vargas indicates that it is relatively cheap for a foreigner and easy to move between regions.

He refers that the country is a more affordable option for rent for many citizens of first world countries, especially compared to expensive cities in the United States.

The location is another plus. “If you are American, Ecuador is a much more comfortable country to work in than any other because it has the same time zone as New York and Miami,” he says.

Having the dollar as a currency breaks the barriers to entry to the American digital nomad. The climate is another ideal advantage for a nomad who is used to more extreme climates (very hot or very cold).

In terms of language, Vargas considers that one should be more “friendly” in English for things or procedures that a digital nomad can frequent or use. So, for example, that the instructions for a SIM card for the cell phone are in English.

Ecuador has a plus point in its people and culture, which is part of the experiences that a digital nomad seeks. “Without leaving aside the dangers that exist in our society, the average Ecuadorian is very friendly and open, and will try to help outsiders in any way even when there are communication barriers in between,” he says.

Vargas believes that a more open marketing to digital nomads should be done in the case of Galapagos on a temporary basis, since there are those who think that it is inaccessibly expensive, without really knowing it. (I)