Ecuador will seek new loans for electric and oil sectors 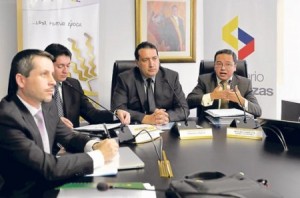 The Ministry of Finance of Ecuador announced yesterday that new operations to get credits for investments in the electricity and oil sectors are expected. He also refused the existence of liquidity problems in the economy.

The Minister of Finance, Fausto Herrera, said that after getting $ 2,400 million in funding this month ($ 2,000 million by issuing bonds and $ 400 through Goldman Sachs), the government is seeking new financing.

Herrera added that the government expects to increase until 2017 the percentage of government debt according to the gross domestic product up to 34%.