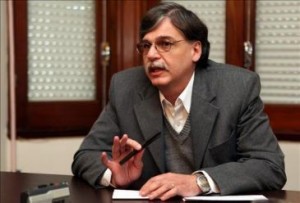 President Rafael Correa revoked the invitation made by the Vice Chancellor, Kintto Lucas, to Julian Assange, WikiLeaks founder who recently divulged many classified diplomat documents from the United States.

The Ecuadorian leader informed that Lucas was not authorized to make the invitation. “We haven’t make any official proposal to the WikiLeaks Director. The statement was a personal declaration of Vice Chancellor, who has no authorization to make such allegation. I think the U.S. made a big mistake which has damaged its allies and friends confidence,” added the President.

Correa also affirmed that the Ecuadorian intelligence services would investigate the Wikileaks information regarding their nation, afterwards it will be decided what measures should be taken on behalf of the country. The President pointed out that the Obama administration should be investigated regarding the leakage of information.

Meanwhile Ecuadorian chancellor, Ricardo Patiño, stated that the invitation to Assange could be analyzed only after the legal and diplomatic study of the documents.

Assange has thousands of diplomatic documents of the United States; from which 1.621 belong to the North American Embassy in Quito. The President of the Assembly, Fernando Cordero, agrees with the invitation made to Assange.