Ecuador would need a new Constituent Assembly, according to Lasso 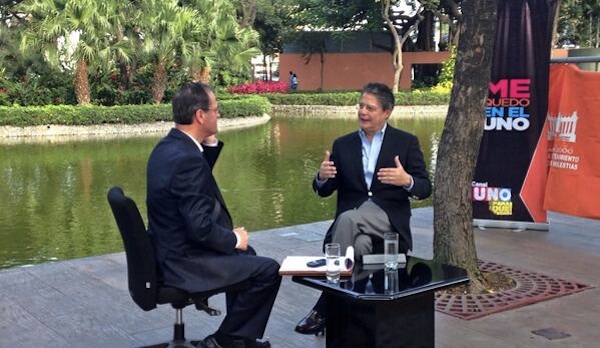 The former presidential candidate Guillermo Lasso gave his opinion regarding the changes that are to do in the Constitution by the current Government of Rafael Correa. Lasso spoke in an interview with Andrés Carrión, on Canal Uno TV.

Lasso said that he contacted the Colombian specialist Carlos Bernal Pulido, who worked at the expressed request on a report that ensures that in order to substitute the constitution, a constituent assembly is required. The report says that “the purported amendment is not an amendment, is not reform, it is a pretense of replacing theconstitution, but for this it is required a constituent assembly.” In case of not doing so, it would be a constitutional violation, he said.

As for the ruling order to allow the indefinite presidential reelection he said that this “denatures our constitution.”

The former presidential candidate was the week before on the Constitutional Court, where he insisted that the only option to modify the Constitution of 2008 is areferendum. He presented the procedural figure Amicus Curiae (friend of the court), to prevent that the ruling party reforms Article 144 of the Constitution to indefinite reelection of popular elected authorities.