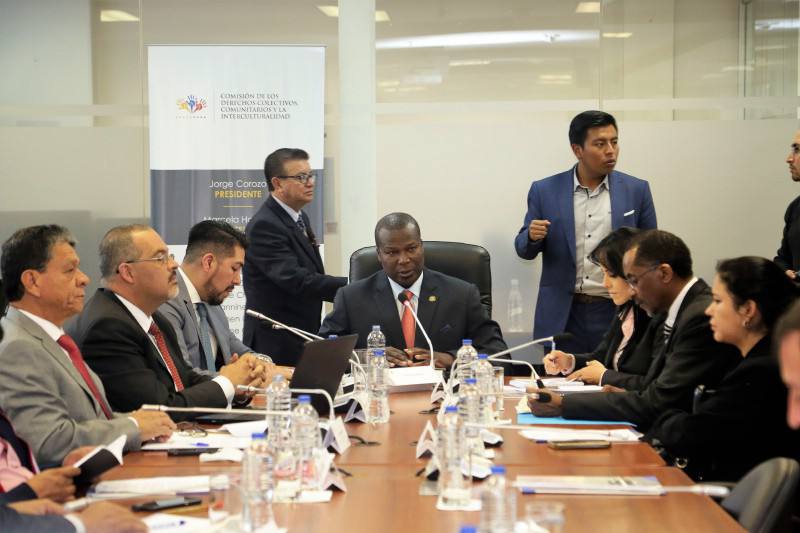 The Ecuadorian Broadcasting Association has asked the Assembly’s Collective Rights Commission to review and debate the basic salary of journalists that amounts to $ 930.09.

The initiative was exposed by the leaders Roberto Manciati (AER-national) and Manolo Gavilánez, president of AER-Chimborazo, in his appearance to present reforms to the Communication Law, whose proposals will be accepted until July 18.

The observation of AER was made to Article 44 of the Communication Law on labor rights of workers in communication, where Manciati highlighted the number two on the right to salary tables set by the competent authority, social security and more rights.

Manciati questioned that the salary of the journalists with title, that borders the $ 900, said, is the only basic one that is on the rest of the Ecuadorians. Why is it that only journalists have that unified basic salary? He asked.

He also said that the problem is coming with future communicators who with title will not have a job, “because a local and regional media does not hire a journalist with a title with that salary”. Maybe the big media companies can hire journalists with those salaries, the rest of the media, even in Quito and Guayaquil, does not do it.

The leader Manolo Gavilánez told the assembly members that it is difficult the situation of provincial radios in relation to the hiring of professional journalists, because “many times there is not even to pay for electricity, worse to hire a professional with a salary close of nine hundred dollars “.

Assemblyman Jorge Yunda (AP), after questioning the proposal of AER, said that the journalist should be well paid and that the basic set is one of the few things that can be redeemed by the Law.

Diego García (RC) also rejected the approach of the AER and said he will not support and lower the salary. (I)