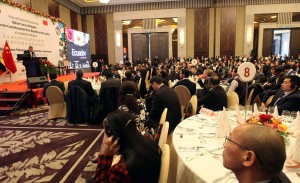 The increase in the entry of Chinese into the country, since they no longer need a visa for tourism, created expectancy in the control of their stay.

The official projection suggests that “in the coming years” Ecuador will reach 50,000 Chinese tourists, said on Monday the ambassador in Beijing, Jose Maria Borja, in a press conference.

The goal would triple the record of visits set on 2015, when “more than 15,000 Chinese tourists” visited the country, according to the same source. (I)