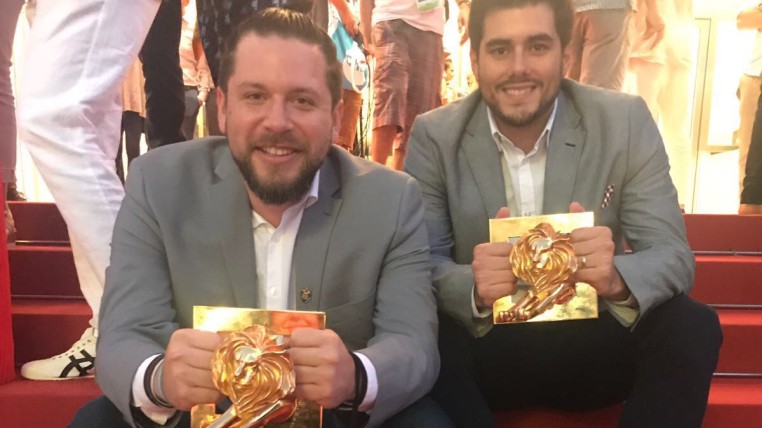 Ecuadorian publicists leave their creative footprint at the Cannes Lions 2017 International Festival. Representing Ecuadorian or foreign agencies, they have stood out. This year, Guayaquil natives Juan Javier Peña, 29, and Ricardo Cazal, 30, won 14 prizes, including the Grand Prix in the Direct category, the most recognized award among those who have won Golden Lions.

They both work for the US-based Davis Miami’s agency. This time, Peña and Cazal were recognized for a Burger King’s Whooper Burger ad, a campaign that interacts with Google Home, a virtual assistant. “It’s a 15-second commercial where a Burger King cashier comes out and lists the good things of a Whopper and says keywords that activate Google Home, indicating the attributes of Burger King’s hamburger,” explains Peña.

The creative referred to the great debate generated by this advertising campaign, about how intrusive electronic devices can be. “This provoked 10 million impressions in the media and about 135 million dollars in ‘air media,’ where the advertiser does not pay for the ad.” To date, Davis Miami’ has achieved 24 awards in this festival that rewards the best of advertising. (I)

The threat of an impeachment against Jorge Glas does not fade