In the first half of 2022, the trade balance with China was favorable for Ecuador. For the first time, the value of exports exceeded the amount of imports with the Asian country. 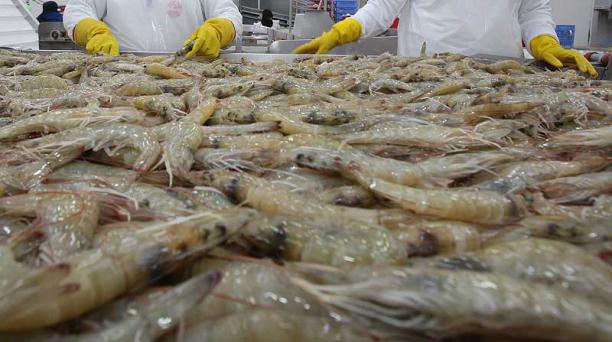 Shrimp exports to China achieve a trade surplus for Ecuador.

This is demonstrated by data from the Central Bank, processed by the Ecuadorian Federation of Exporters (Fedexpor) . Between January and June of this year, Ecuadorian exports to China totaled USD 3,059 million, compared to USD 2,989 million of imports from that market.

The gap in the trade balance between the two countries has been reducing in recent years, until reaching a surplus for Ecuador.

Xavier Rosero, executive vice president of Fedexpor, pointed out that this is a milestone in commercial matters. “China has been characterized as the trading partner with which we had the largest balance deficit. Reversing this situation, from a non-oil point of view, is remarkable,” he said.

The manager recalled that the commercial relationship has been unequal, due to the high demand for raw materials, capital goods and consumption. Ecuadorian companies and industries import these for their lower prices.

Now this has been changing, mainly due to a product of non-oil, non-mining supply. Shrimp has managed to put the balance in favor of Ecuador. Its exports generated USD 1,981 million in the first half of 2022. The figure is notably higher than the other export products to that market. They are followed by bananas and plantains, with USD 63 million; and wood and manufacturing, with USD 61 million.

For Vicente Wong, vice president of the Ecuadorian-Chinese Chamber of Commerce, the trade relationship is growing because there is a preference in the Asian market for products with added value. like shrimp. This has increased their demand.

Although the requirement of this product by the Chinese stands out for about five years, it is now when it is marketed directly to that country, explains Rosero. “Previously, the shrimp trade was triangulated with other countries, such as Vietnam.”

According to the export union, in the first half of this year Ecuador already reached 81% of the total exported in all of 2021 to China. Maintaining the trend, it is expected to reach record figures in exports to China, leveraged almost 95% by shrimp, Rosero said.

The Government has indicated that it hopes to close a trade agreement with China before the end of 2022. The second negotiating table between the two countries ended the second week of August. And the third round is scheduled for September.

Wong pointed out that exporters expect the trade agreement to be reached to boost the volume and amount of Ecuadorian shipments, especially agro-industrial ones.

For Rosero, it will be important for Ecuador to increase its exports, not only the traditional supply. “We have other products that face high tariffs and phytosanitary barriers, such as bananas and processed bananas, which have a 20% tariff,” he said.

In addition, to prevent the agreement from generating a trade imbalance again, to the detriment of Ecuador, Rosero considered that consumer goods should be taken into account. “There is a need to ensure the exclusion and extensive tariff reduction programs, to contain the impact and for companies to adapt to the new competition,” he said.