The Central Bank of Ecuador (BCE) published on October 4, 2021, the results of the remittances of Ecuadorian migrants abroad, corresponding to the first semester of 2021. 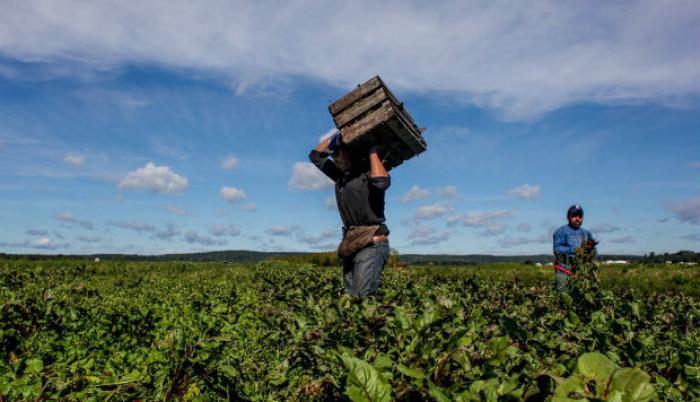 Migrants work in the United States. The flow to the country has increased in recent years.

Increasing the flow of remittances in the first half of 2021 “became a record of the statistical series compiled by the ECB since 1993”. The Central explains that this increase in the sending of remittances is mainly attributed to the stimuli and aid to families granted by the United States government, in the context of the pandemic. However, attention must be paid to the fact that the endowment of unemployment bonds issued by the American government will end in September of this year.

In this last year, the flow of Ecuadorian migrants abroad has increased. Mexico, the United States and Chile are the countries where Ecuadorian migrants have stayed the most. The figure grew 115% compared to the average of the previous three years. Between January and July of this year, 438,965 Ecuadorians traveled abroad. In the same period, only 364,473 people returned to the country. That is, 17% have stayed elsewhere.

Another factor for the increase in migrant remittances, the ECB points out, is that Spain and Italy registered growth in their economies, which would have had a positive impact on the volume of remittances received in the country.

The measurement of the flow of remittances corresponding to the first semester of 2021, shows the presence of Ecuadorian emigrants in countries of the region such as: Mexico, Chile, Peru, Canada and Colombia, which contributed 6.08% ($ 122.21 million) of the flow of remittances received in the country. Likewise, from the United Kingdom, Switzerland, France, Germany and Belgium, 3.19% ($ 64.01 million) of the total remittance flow was received.