Experts in border management from Ecuador and Colombia visited Spain this week to exchange knowledge and experience against organized crime and for five days they held meetings with specialized agents of the Spanish Police. 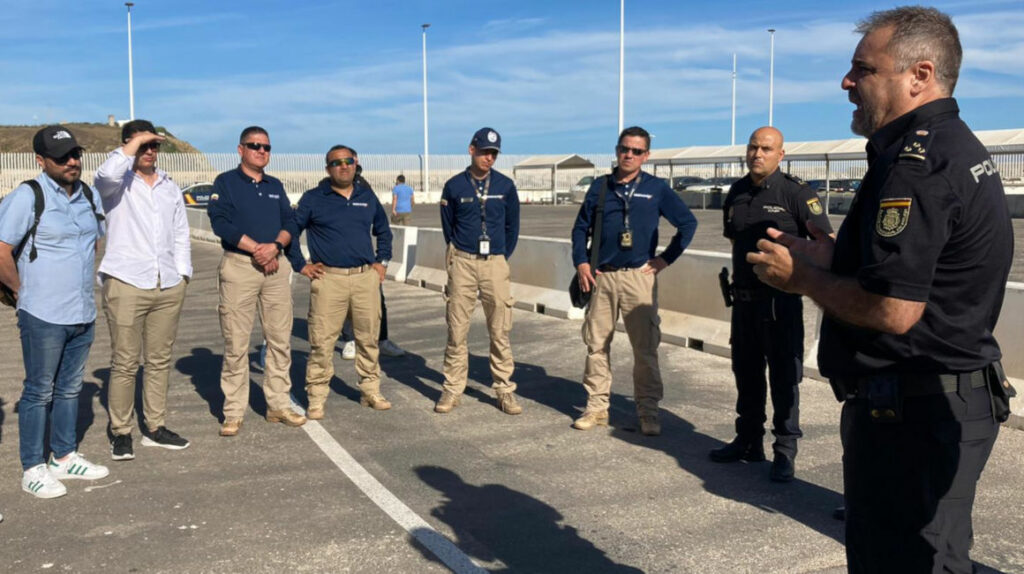 Border agents from Ecuador and Colombia learned about the work of the Spanish Police, between September 5 and 9, 2022.

Six Ecuadorian and six Colombian representatives learned first-hand from their Spanish counterparts how crime is fought in different operations. This was reported on Friday, September 9, 2022, by the General Directorate of the Spanish National Police.

For five days, border management specialists from both countries witnessed the work against crime in Spain. They accompanied the specialized agents of the Spanish Police and went to the port of Algeciras, in the south of Spain.

In this area, located off the coast of North Africa, South American officials learned about the operations of the European agency Frontex.

This agency is in charge of the border control and management system dedicated to the European area subject to the Schengen Agreement. Frontex’s objectives include the fight against cross-border crime, human trafficking, drug trafficking and illicit vehicle trafficking.

During the visit to Algeciras, the Spanish National Police inspector Víctor Alfredo Suárez warned about the global situation regarding cross- border crime. And he urged to strengthen cooperation.

“Illegal immigration and related cross-border crimes have become a huge source of income for criminals. They operate this type of illicit activity, so it is necessary to create spaces for cooperation,” said the officer.

Migration experts from Ecuador and Colombia also visited the town of Tarifa, near Algeciras, where they learned how the port works.

María Soledad Córdova, ambassador of the Foreign Service of Ecuador, highlighted the idea of ​​bidirectional learning between Latin America and Europe.

Andrés Rodríguez, representative of the International Cooperation Division of Colombia, pointed out that one of the main needs of Latin America is technological development.

These are the eight questions of President Lasso’s referendum