The name of an Ecuadorian sounds again on the international stage. This time that of the pianist and conductor Boris Cepeda , who lives in Germany. The Quito native was designated ‘Steinway Artist’ by the piano maker Steinway & Sons. 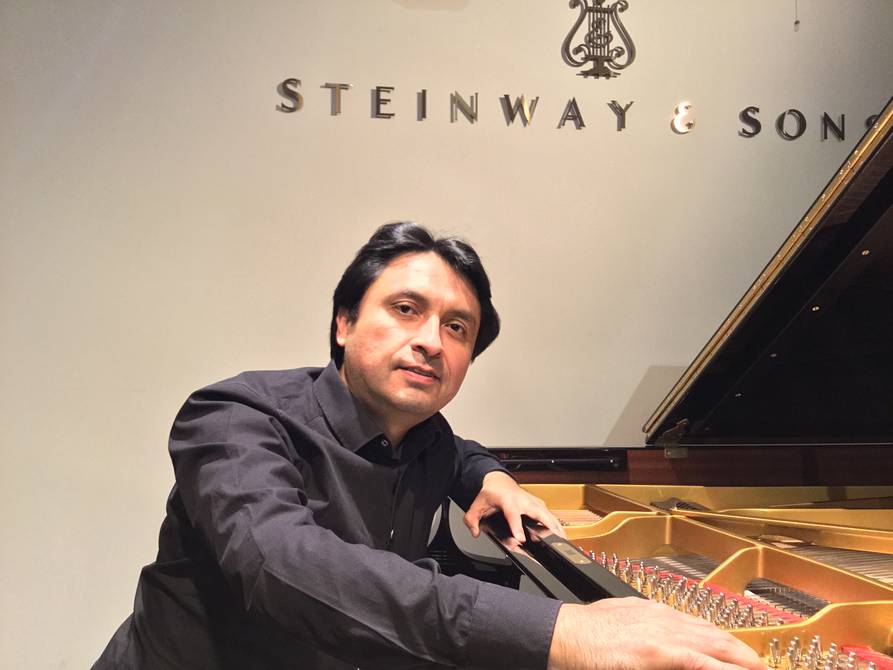 Cepeda is part of the Steinway family, which has more than 1,800 artists worldwide, his name will wear with pianists such as Lang Lang, Diana Krall, Daniel Barenboim and Billy Joel. From Germany, the musician spoke with this newspaper.

According to the artist, Steinway is one of the largest globally recognized manufacturers of pianos and they carry out this “recognition to relatively few pianists worldwide.”

“It is a pride for me because it confirms what I have done in recent years, but also since I started very young, at 4 years old in this artistic piano career (currently 46). I have collected quite a few awards, achievements. This is a beautiful culmination of my career, which is not over yet, but a prize of this nature can already be at ease with that, ”he assured.

The selection and acceptance process by Steinway lasted about a year, beginning between February and March of last year. “At least for my part I could not apply for myself but I had to have as a kind of guarantor, in this case it was one of the representations of the manufacturer here in Germany that proposed my candidacy,” he said.

For the petition, Cepeda commented, that in addition to presenting the skills, he had to certify that he has really achieved in the race. Plus two letters of recommendation. Once the material was gathered, they sent them to the Steinway headquarters, from there they took between two and three months to review the documentation completed by hand and then sent to another headquarters. Notification of acceptance was received four days ago.

Being part of Steinway has advantages, according to the Quito native. “If I am going to give concerts somewhere, where there is a representation of the firm, they give priority attention to what is concert service, piano tuning, selection of the best piano that exists or that is available to the representation of the brand. And obviously the contacts that exist through the entire network of branches and representations are worldwide… ”, he said.

The Steinway Artist designation began in the 19th century. Besides Cepeda, there is also the Ecuadorian pianist Washington García, who lives and works in the United States; other Latinos such as the Dominican Michel Camilo and the Argentine Martha Argerich.

Situation of the pianist in Ecuador

Regarding the situation of the industry in Ecuador, Cepeda pointed out that today, unlike 25 years ago and mentioned names as a reference for good pianists, in Guayaquil, Juan Carlos Escudero , from Quito highlighted the music conservatories, in addition to the existence of a University of the Arts. “All that in my time was much more complicated, the interest in music, the interest in the piano always existed, but I have realized that in the last 10 to 15 years there has been a very important movement of good musicians, of young musicians , and that they have the possibility of opening up the field not only in Ecuador but also internationally ”, he explained.

After completing his university studies in Germany in 1993, he decided to stay. He has been based in that country for 25 years. The last time he was in Ecuador was in 2011, he had planned to come last year for some presentations with the National Symphony Orchestra of Ecuador, but due to the pandemic the trip was canceled, now he is scheduled to come in June of this year.

Since 2016 he has been head of Musical Studies and deputy director of the opera choir at the Münster Municipal Theater, where he has also assumed the direction of opera productions and the Young Theater.

Since 2019 he has been teaching sheet music reading and interpretation at the Robert Schumann University in Düsseldorf.

Between 2009 and 2016 he was Repeater Master and alternate head of Musical Studies at the Anhaltino Theater in Dessau.

In 2009 he founded the Mendelssohnfest International Music Festival.

Between 2002 and August 2007, he served as cultural attaché at the Embassy of the Republic of Ecuador in Berlin.

In 2000 he completed his higher studies in music with the best marks in the chair of Professor Kurt Seibert at the University of the Arts in Bremen.

In 1999 he participated as assistant to the artistic direction of the International Music Festival “Max Reger Tage” in Weiden. In the same year he founded and directed the Ibero-American Music Festival in Bremen.

In 1998 Boris Cepeda founded the duo Max Reger together with his wife Katja, which has performed the most important works for this group.

Since 1991 he has worked as a pedagogue in Music Schools, Conservatories and Universities in Europe, Asia and South America.

As an accompanying pianist he has presented works by Franz Schubert, Max Reger, Moritz Eggert and Aribert Reimann, among others with great reception from the public and specialized critics.

His awards include that of the Schubert Society of Germany in 2009; the Vicente Rocafuerte order for his cultural and artistic merits of the Ecuadorian Parliament in 2004. He was also a fellow of the Richard Wagner Association of Germany and the Waldemar Koch Foundation of Bremen, among other institutions. (I)