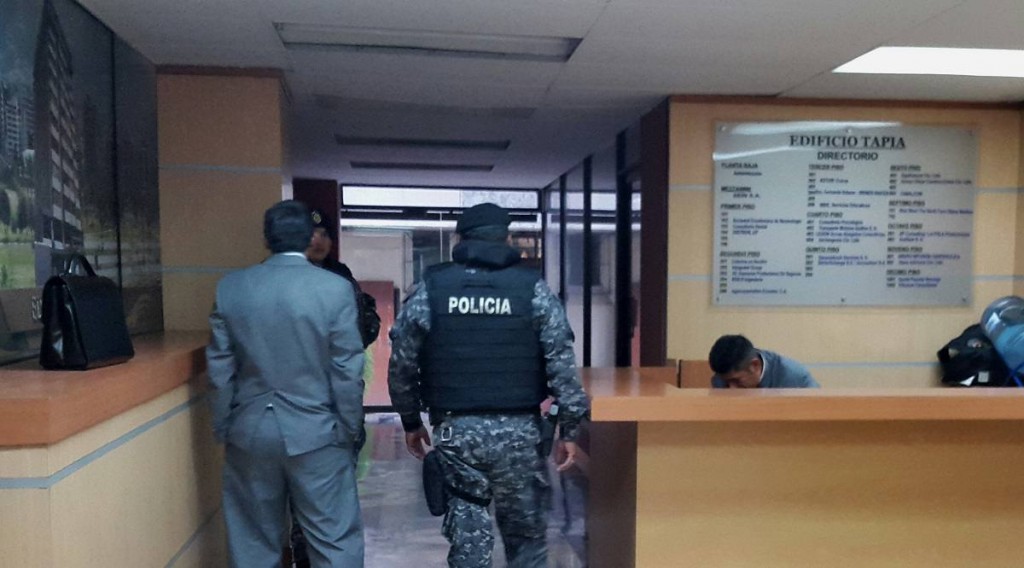 Tuesday, the prosecution of Ecuador ordered the raid of a consulting firm that according to the Panama Papers, served as a link between the Chinese company CWE and the Panamanian firm Mossack Fonseca, to simulate a consultancy in Switzerland, exempt from taxation in Ecuador.

According to investigations conducted by daily El Universo, the China International Water & Electric (CWE) company would have simulated the consultancy of $ 32.8 million with the Swiss company YouSee. The operation was carried out in 2014, under the advice of the Ecuadorian consulting firm Tributum, which belongs to Roberto Silva, and the logistics of the Panamanian firm Mossack Fonseca.

The raid on the tax consulting firm run by the Prosecution of Ecuador, under a request by the Internal Revenue Service and with the support of elements of the Criminalistics branch of the Police, began at 11:00 in Quito.