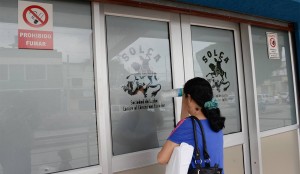 The law that creates resources for the fight against cancer is not exclusive for SOLCA; but the State must transfer 22 million dollars and another 27 million are being audited. However, SOLCA is demanding the payment of 130 millios dollars to the State.

These two aspects, among others, were cited this past Monday in Nueva Loja by the Ecuadorian president, Rafael Correa, regarding the polemic topic of the debt owed to SOLCA. The first topic also generated reactions of gremial and political representatives. (I)

Ecuadorian Political Party “PAIS” propose to increase maternity leave, up to one year.