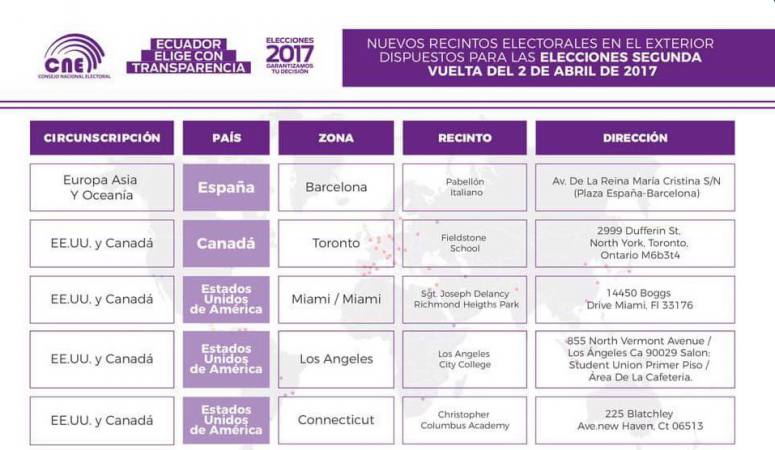 Between the Ecuadorians in foreign lands, there is confusion because the precincts have been changed, only a few days from the secondary elections. In Miami, CREO supporters have been organizing themselves and have expressed their complaints on social media.

The Electoral National Council informed that the purpose of this is “to ease and make the process of voting faster for Ecuadorians abroad”, reason why they have coordinated with the Consular Offices the change of five precincts in various zones out of the country.

Authorities assure that the changes will occur because they have detected lack of space in the precincts chosen on the primary elections, on February 19th, “and also the difficulty of some citizens in reaching the precincts”.

In an official release, The ENC repeats its “commitment of guaranteeing Ecuadorians on foreign countries, their right to vote with absolute normality”.