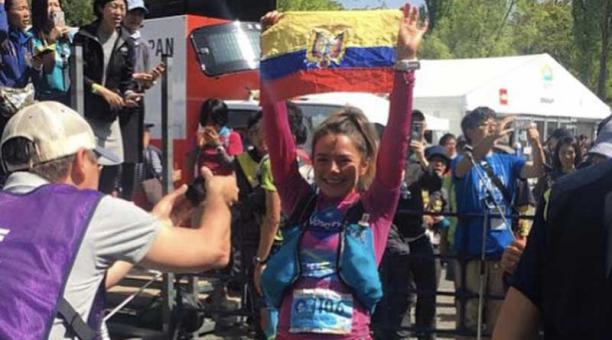 The Quiteña Uquillas culminated in 42 hours and 25 minutes the 170 kilometers of the Ultra Triathlon of Mount Fuji, in Japan, on Saturday. With this, she became the first Ecuadorian finisher to cover this distance.

After reaching the goal, she shed tears. “It was the most suffered goal, the most dreamed one. 170 kilometers that have left me many lessons, “said the athlete.

During the trip, at the height of kilometer 30, she suffered a tendonitis that, by little, forces him to leave the route. However, she decided to continue and finished the test.

Traveled accompanied by relatives, who made up their supply team.

Lopez, also from Quito, on the other hand, completed the Madeira Islan Ultra, 115 km ultratrail test, in Portugal on Saturday, in 15 hours, six minutes and five seconds.

The Latvian Andris Ronimoiss prevailed with 13 hours, 57 minutes and 10 seconds.

“It was a complicated test, perhaps the hardest I’ve had in my career,” the athlete said excitedly. “I’m not the first to place myself in a ‘top’ 10 in this type of races. Before, Mercedes Pila did it, but it’s a great result, “he said. (I)