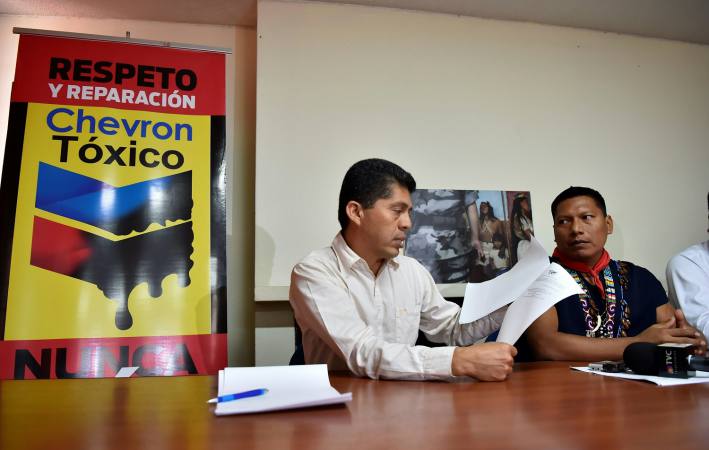 The Ecuadorians who claim an environmental compensation for $ 9.5 billion to the oil company Chevron withdrew a lawsuit in Brazil, the affected people’s lawyer announced Wednesday.

“By removing our action of homologation of sentence we waive the right we had to try to collect our sentence or part of it in Brazil,” said lawyer Pablo Fajardo, at a press conference.

Fajardo said that the decision is due “to the lack of guarantees of access to justice in Brazil,” after the judge in the case did not send the plaintiffs the information provided by the company to prepare their “legitimate defense.”

We are “absolutely defenseless,” he said.

The US oil company was sentenced in 2013 in Ecuador for environmental damages attributed to Texaco – a company it acquired in 2001 – in the Ecuadorian Amazon between 1964 and 1990.

Since the multinational has no assets in the South American country, the plaintiffs initiated actions to collect the compensation through the embargo of bank accounts or company assets in Brazil, Argentina, and Canada. (I)