Ecuador’s deficit was 1.217 million during the first half of the year 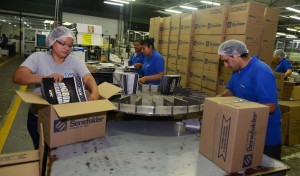 The deficit was 1,217 million in the first half of 2015. In relation to January-May, there was an increase in the deficit of $ 119 million, according to data released by the Central Bank of Ecuador.

Although imports fell over the same period last year, exports showed a greater decline as a result of the reduction in oil prices in the international market.

Banana and plantain have had the best performance, followed by cocoa, among traditional goods. Shrimp, second most important by revenue, had a slight fall after its price decline following an improvement in Asian production, mainly, and also from Ecuador.

The processed, fresh and frozen fish could not recover. The same thing happens to oil: lower international prices.