Ecuador’s economic model is one of the seven worst in the world, according to Alberto Dahik 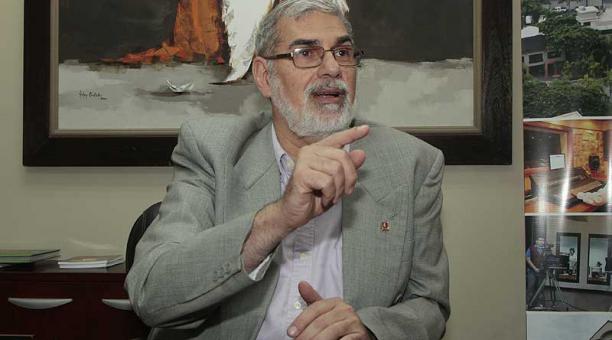 Former vice president and economic analyst Alberto Dahik said Monday that the economic model applied by the current government is one of the seven worst in the world, and it is impossible to keep it or even defend it. “The country has to change this model, there is nothing worse than a deaf who does not want to hear and refuses to see,” he said.

He indicated that the argument of “external shocks” has no basis, as Brazil and Argentina have no problems with the price of oil, and Venezuela with the appreciation of the dollar, but they are into a terrible economic situation like Ecuador.

He refuted the official statements that ensure that the problem of the trade balance is overcome. He said that a big economic downturn is occurring in Ecuador due to “bad government policies,” and its industries are no longer important.

According to the Corporation for Development Studies (Cordes), until August 11, 2016 the papers issued by the Ministry of Finance, which are held by the Central Bank, reached $ 3,149,000; ie $ 300 million more than the previous week, and $ 1,840 million more than in December 2015. Dahik described this issuance as an “assault on the monetary reserve,” and assured that this generates negative effects on the economy such as distrust.