The Ministry of Public Health (MSP) of Ecuador declares the obligation to be vaccinated against COVID-19, which is based on the Organic Law of Health. 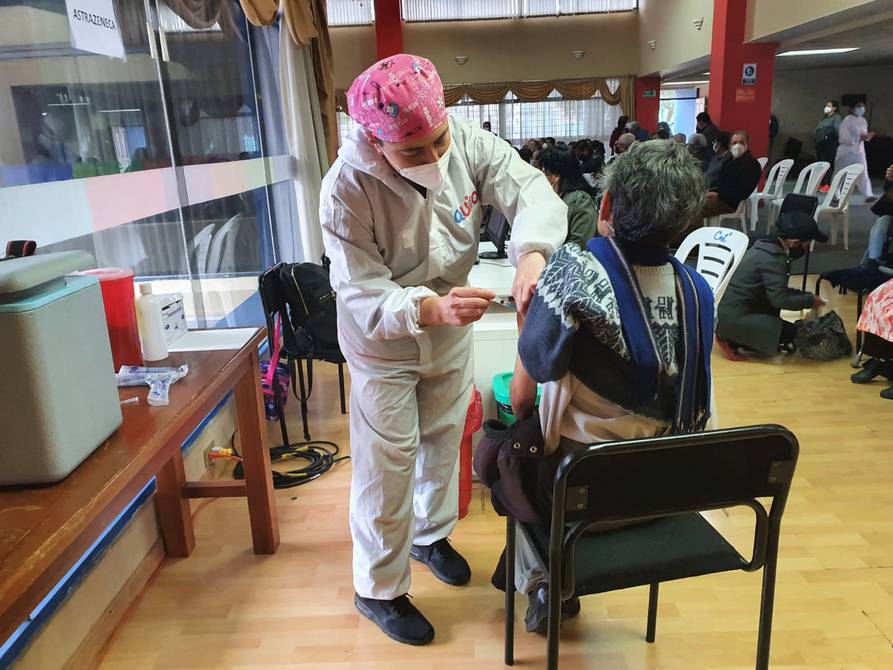 In the Centro Deportivo Metropolitano, in the north of Quito, vaccines against COVID-19 are applied.

According to numeral 4 of article 6 of the regulations, one of the responsibilities of the MSP is to declare the mandatory nature of immunizations against certain diseases, under the terms and conditions that the national and local epidemiological reality requires; define the standards and the basic national immunization scheme; and provide the population with the necessary elements to fulfill it at no cost.

The Government’s argument is the increase in infections, the circulation of new variants such as omicron.

The MSP also bases its decision on the Constitution, as it is argued that it is a right of the State to guarantee comprehensive health care or to put the general interest before the individual.

In the document, indicated that State portfolio, the resolution of the National Emergency Operations Committee (COE) was included on the mandatory presentation of the vaccination card or certificate in public care spaces or for non-essential activities excluding health, education, work and public services.

But immunization is not mandatory for people with any medical condition or contraindication.

Since last January, in Ecuador a vaccination plan has been carried out that includes two doses and even a booster dose is already being applied to health personnel and older adults, as well as to people with immunosuppression.

At the same time, since this Thursday 23, the vaccination certificate for entry began to be requested in some places.

For the Minister of Health, Ximena Garzón, it is a pity that in certain places this demand has not been met.

She affirmed that they have been based on the laws that exist in the country.

“As the Ministry of Public Health, we have declared mandatory for the COVID vaccine precisely because we want to protect the health of all citizens,” she said in a television interview this afternoon.

Garzón added that it has not yet been possible to declare that the omicron is of community transmission in the country.

According to the Vaccine Meter, a tool that allows the vaccination process to be followed, 84.84% of the vaccinable population, that is, those over 5 years of age, have received the first dose; and 77.23%, the second dose. (I)