Ecuador´s Prosecution breaks in the company Metro, in Quito 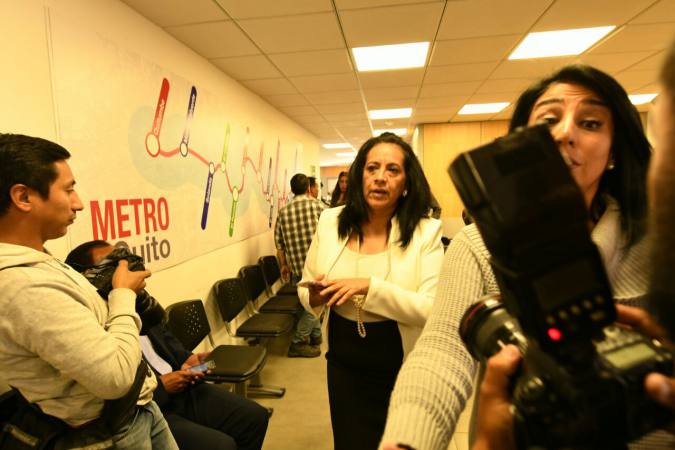 Five days after the meeting between Thania Moreno, Ecuador´s alternating prosecutor, and Colombia´s anti-corruption prosecutor, Juan Delgado, to exchange information related to contracts signed by Odebrecht for the construction of Metro in Quito, Ecuador, and for the dredging of the Magdalena River, in Colombia, the Prosecution arrived this Wednesday to the offices of the Metropolitan Public Company Metro in Quito (EPMMQ, in Spanish) to collect relative information of the construction within the Odebrecht case.

Moreno said that the Prosecution seized a computer, which will enter a chain of custody. Mauricio Anderson, manager of the company Metro in Quito, ratified that only his computer, where he saves information as his institutional e-mails, was seized.

The official confirmed that the diligence is carried out by the complaint presented by the official legislator Maria Jose Carrion, Supervisory Commission´s president.

Although on April 28, the capital´s mayor announced that the Brazilian construction company Odebrecht, investigated in Ecuador for allegedly delivering fines to officials, was outside the consortium that constructs Quito´s metro. Odebrecht continues in this consortium. (I)