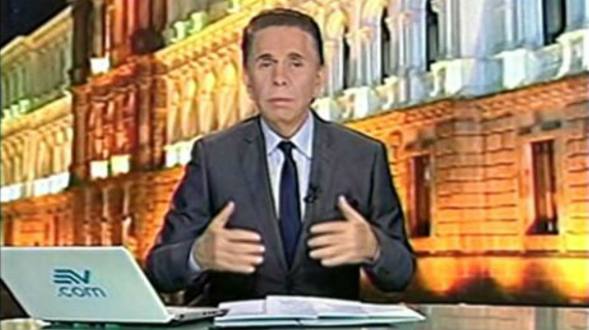 The TV channel Ecuavisa reitered on Wednesday November 12 its rejection to the government TV spot “This is real freedom,” whose transmission has been provided by the Secretariat of Communication in this and other channels. On Monday, November 10, that media protested about the contents of the space and on Tuesday Teleamazonas joined to that position.

Through a statement read by the news anchor Alfonso Espinosa de los Monteros, Ecuavisa said: “we have transmitted (the spot), as required by law, but under protest. Why? As the public has seen, in the video appear perfectly identifiable actors as if they were bankers and the media, harassing a person who is presented as ‘real freedom’. “

After Ecuavisa showed on Monday, before and after transmitting the spot, a message in which claimed that “its content is trying to polarize public opinion stigmatizing negatively and deliberately to several sectors of society,” the Council of Regulation and Development of Information and Communication (Cordicom) noted that the position of the channel “could guide, from its privileged position on audiences, prejudices, or condition the opinion of the public, undermining the freedom and the right of citizens to receive information.”

Ecuador seeks to dialogue with Sweden on Assange situation