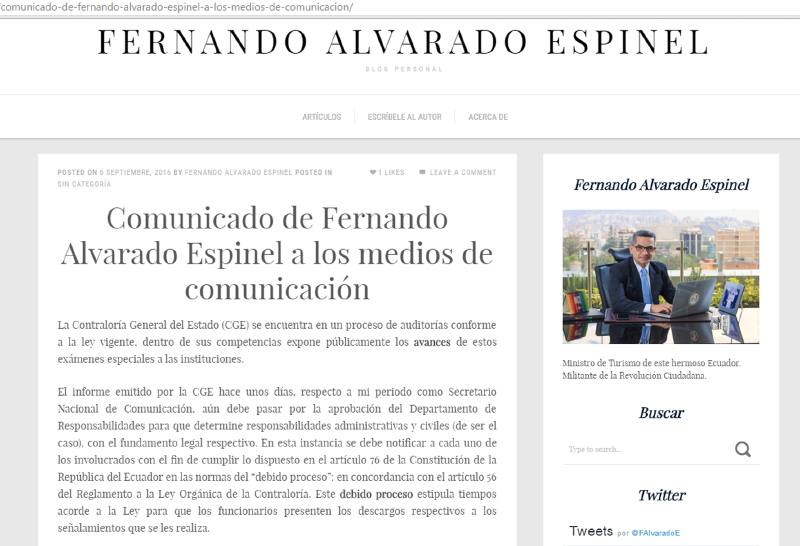 The National Audit Office found irregularities in contracts and payment agreements of the National Communications Secretariat (Secom) with eight companies between August 2013 and August 2015, like relationships between officials of the institution and shareholders of the companies and non justified payments for services provided before the signing of contracts.

The first case analyzed in its DAAC-0105-2016 report is the contract with Gotazul Corpoazgo SA for $ 189 thousand. The control agency found that this was awarded without considering that the shareholder has a second degree of kinship with the Undersecretary of Press and Communications, who worked in the Secom until May 7, 2014.

A payment arrangement was also made for $ 8,466.80 with the Intercontinental SA Intertaxis Company and the subscription was signed without the authorization of the General financial administrative coordinator and administrative director.

In the contract with Burraska Communication for $ 107,000 it was determined that the shareholders were mother and son of a Secom adviser.

In the case of the agreement with Ecuadetalles, the main conclusion of the Audit Office is that public resources were used to promote the government party.