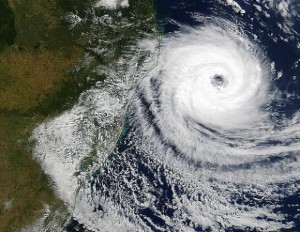 El Niño phenomena could occur in 2014.

The World Meteorological Organization (WMO), has issued a statement, ensuring that the probability of an El Niño phenomena between October and December to occur, is between 75% and 80%.

The possibility of occurring in the third quarter of this year is 60%. “It is expected that the temperature of the tropical Pacific Ocean continue to increase in the coming months and reaches its maximum in the last quarter of 2014. Its potential intensity remains uncertain, it is more likely that an event of moderate intensity could occur,” said the scientific agency of the United Nations.

El Niño is associated with droughts and floods at regional level in the world and produces an increase in the average temperature on the surface of the ocean, particularly in the central and eastern zone of the Pacific tropical. “It is too early to assess its exact effects in 2014,” said the director of WMO, Michel Jarraud.

Organizations that study the event in Ecuador have confirmed that the indicators show what it seems to be a hot phenomenon in development.