The National Electoral Council (CNE) canceled the legal status of five political organizations that did not reach the voting threshold in the 2019 sectional and 2021 presidential elections to maintain their existence in the National Registry of Political Organizations. 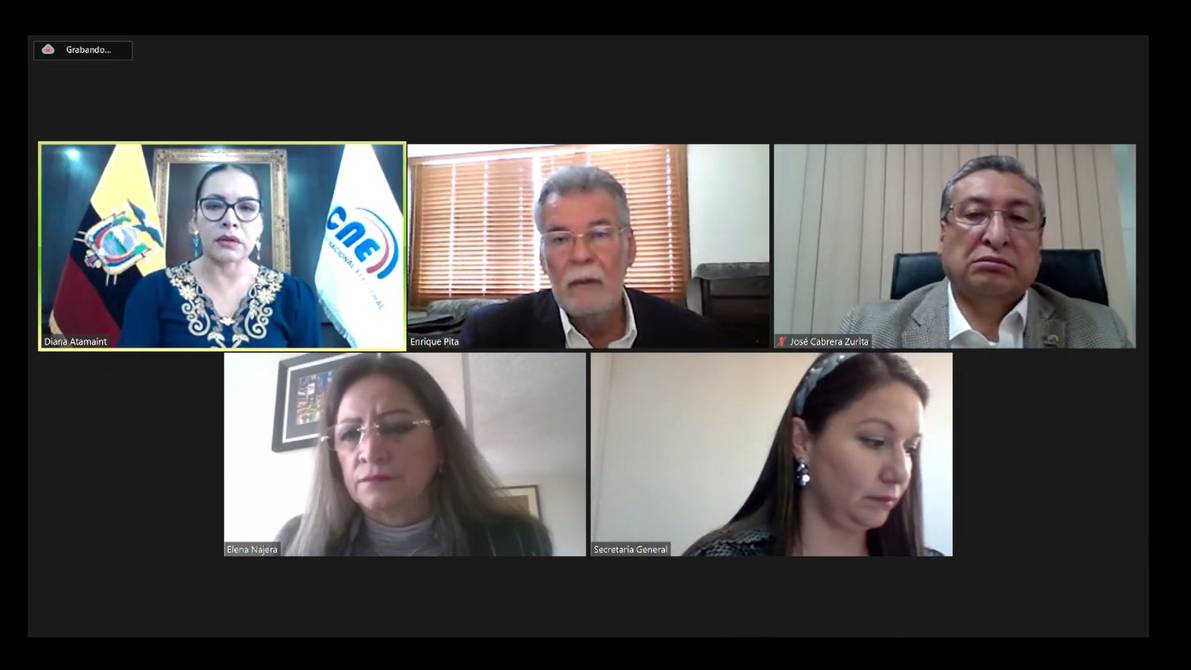 Session of the National Electoral Council on November 26, 2021, in which three petitioners of forms to collect signatures before the registration of political organizations were denied the key.

This November 27, the plenary session of the Electoral Council met to hear eight legal reports in which the fulfillment of requirements to maintain the registration of two parties and six political movements was analyzed.

With the affirmative vote of the directors: Enrique Pita, José Cabrera and Diana Atamaint and against Elena Nájera, it was resolved to cancel the registration of the Fuerza EC list 10 party, which Dalo Bucaram created and is now led by his father, former president Abdalá Bucaram Ortiz.

Also from the United Ecuadorian movement list 4, founded by Edwin Moreno, brother of the former president of the Republic, Lenín Moreno; of Social Justice list 11, which is chaired by Jimmy Salazar.

The main argument detected by the electoral body was that they were incurring in number 3 of article 327 of the Code of Democracy that establishes the cancellation, in the event that national organizations do not obtain 4% of the votes in two elections different and consecutive pluri-personnel at the national level; or at least three representatives to the National Assembly; or at least 8% of mayoralties; or at least one councilor in each of at least 10% of the country’s cantons.

Three other political organizations that were included in this analysis were Build List 25 (formerly Ruptura); the Ecuadorian Socialist Party (PSE) lists 17; and we can list 33.

However, the three managed to avoid their extinction, when the files were archived, which was approved with the votes of the three aforementioned councilors.

In the case of Construye, the legal report recommended to the plenary session to cancel its registration; But at the beginning of the plenary session on Saturday, Vice President Enrique Pita motioned not to proceed under that criterion, because the movement had not been registered as registered six months before the 2019 sectional elections. With that argument, it was not canceled.

In this way, the political organizations immersed in this administrative decision may appeal to the Contentious Electoral Tribunal (TCE) so that in the last instance it is decided whether or not they should be canceled.

They will no longer be able to appeal before the CNE, as the agency opened deadlines for their representatives to present their defense evidence. (I)