Electric cookers will be put on sale from August 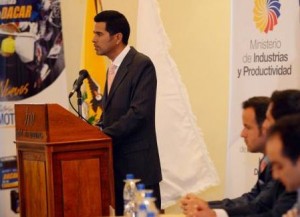 The Deputy Minister of Basic Industries, Byron Proaño, reported yesterday that the sale of electric induction cookers intended to replace the gas cookers will begin in August of this year.

The official explained that the prototypes of kitchens are ready, and therefore national companies would be able to begin production. However, some details still remain.

Defining the technical specification of the kitchens, according to the type of subsidy that the Government will give, is a point of discussion.

Likewise, it is expected that by 2016 when all hydroelectric plants are operating, the peak time of demand and production is reached, meanwhile, the sale will be gradual.

Mario Espinoza, Ecasa representative, said that industrialists have already chosen the bits and pieces that will be imported and the ones that will be produced in the country.