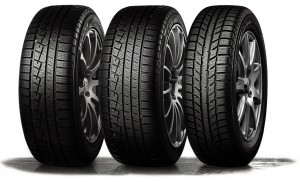 According to Patricio Rivera, the Coordinating Minister for the Economic Policy, the government would have analyzed the safeguards on tires.

In his weekly address No. 418, President Rafael Correa gave the order to eliminate the safeguard measures that established a surtax of 25% for light vehicle tires which are imported into the country. So Patricio Rivera, Coordinating Minister for the Economic Policy, justified the measure today during an interview at the TV channel Ecuavisa.

An analysis was conducted, which determined that the one who would be specifically more affected are the taxi drivers “as a result of the wheels issue,” as the taxi fares were increased by the Municipality of Quito due to safeguards, according to Correa.

“Some political actor was not missing who stated that taxi fares should be revised in Quito as result of the safeguard measures established by the national Government, especially in the subjct of the tires,” said Rivera on the municipal measure.

Meanwhile, in an interview yesterday with the same television media, Antonio Ricaurte, councilor for the SUMA-Vive alliance, pointed out that the measure was based on fair, serious and coherent arguments, as rates have not increased in 12 years.