International oil price drop will not affect Ecuador, according to President Correa 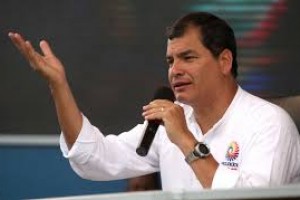 The fall in the oil price in the international market still does not affect the economy of Ecuador, the smallest member of OPEC, said President Rafael Correa . “It’s nothing critical yet and it is not going to fall (the price), at least according to our perceptions, much more,” he told to the press.

Ecuador estimated in $ 86.4 the average price of a barrel of crude oil export in the budget, of about 34.300 million, for 2014. Between January and August it received nearly $ 95 per barrel, according to authorities.

Correa considered that the price drop will be temporary. The quote “will recover, but is not going to reach the best levels that we’ve had over the years and that we have made the most of,” he stated.