Emelec could not win and faces trouble in the scoreboard 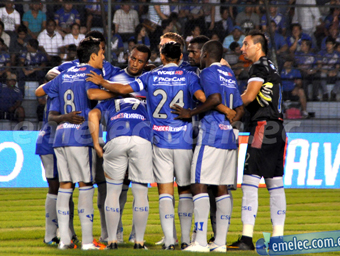 The blue team failed to score, this time in Cuenca, and again gave away two points that left it in second place and the chance that, if Universidad Catolica wins today against Macara, it will become the absolute leader.

Emelec was tied to zero goals with Deportivo Cuenca in the Azuay capital. Fernando Gaibor could not score a goal in the second half and while the blue ones were better, the lack of definition continues to affect the millionaires.

In other matches, Barcelona and Liga de Loja tied without goals: Liga de Quito and Deportivo Quito also ended with a draw of 1-1 and El Nacional won to Independiente  1-0.