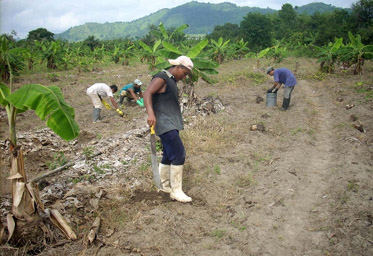 A report – released last Thursday by the Ministry of Agriculture, Livestock, Aquaculture, and Fisheries (MAGAP in Spanish) – showed that almost 34,000 hectares have been destroyed because of a great drought in Manabi. However, last Saturday the devastation reached about 36,500 hectares, as farmers reported in the province.

The analysis indicated that 59,600 hectares could be lost if there are no rains. In this year, People of Manabi have planted around146, 23 hectares of short rotation between maize, rice, peanuts and other products.

Provinces such as Guayas, Los Ríos, and El Oro also have severe losses because of the drought, as Loja and Azuay and Tungurahua in less proportion in covering the Ecuadorian Andes.

To define whether it is necessary to declare emergency in the agricultural sector of Manabi, the Minister of Agriculture, Miguel Carvajal, and the Secretaries of MAGAP analyze the situation today in Guayaquil.

Undersecretary MAGAP in Manabi, Gunther Andrade, said he has joined a contingency plan of $ 24.2 million to make loans and buy seeds and supplies and implementation of emergency works such as construction of wells and cisterns.

On the other hand Rafael Correa, president of the nation, said he will not abandon those who have lost almost all their crops and have a affected hectares.

Several People Turned Off Their Lights on Earth Hour

National Brewery complaints about the expansion of the resolution