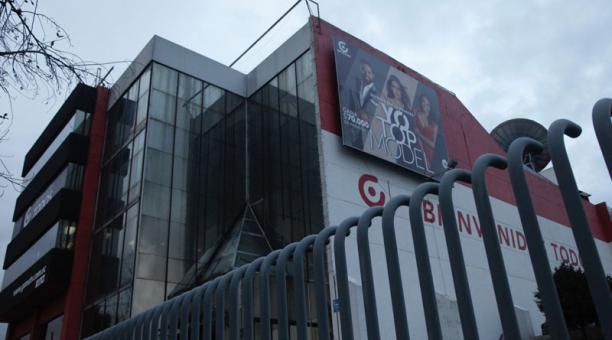 The employees of the Gama TV channel are waiting for the Public Media Management to accept their economic reactivation project, presented 15 days ago.

It was indicated today afternoon, Wednesday, May 2, 2018, Mauricio Herrera, Secretary of the Works Committee of the employees of this means of television communication.

“It has been delayed (…) The plans were for the majority shareholder to present them immediately so that we reactivate economically, that is, we can regulate advertising, produce, reactivate as a channel and have our own income.”

The leader hopes that the Public Media Manager, Patricio Proaño, accepts the proposal presented by the employees. Also those who make up the directory, but “that has not happened yet”.

What is the economic reactivation project? Herrera explained the priority is to get out of the causes that the Superintendence of Companies filed to enter into liquidation. And to achieve this, “said the leader,” capitalization is sought with the sale of a land in Guayaquil, owned by Gama TV, whose value amounts to about USD 8 million.

“After the sale, when capitalizing the channel, we left the cause of the Super Companies that is going into liquidation,” said Herrera. Another concern of the Works Committee is that the salaries owed be canceled.

According to Herrera they owe them of the second fortnight of March and April. Also cover what is owed to the IESS and BIESS. “It’s already a year of owing them.” Gama TV’s 225 employees hope that by next week the members of the public media directory will meet to approve the economic reactivation plan and analyze the sale of the land. “If they do not do it, we are going to take other measures because we will not support this situation,” said Herrera.

“We are in constant mobilization (…) our last measure will be to try to change the media manager, who is the majority shareholder”. That will happen if it takes more than two weeks to approve the reactivation plan. “They know that this will be our action, we hope we do not get to that.”

All this happens after that on February 22 last, the Superintendence of Companies ordered that Televisión del Pacífico Dos, whose name is Gamavisión, enter a process of dissolution.

The document was signed by Camilo Valdivieso, Intendant of Companies of Quito. (I)

The corridors of drug

The slow process of marking distances