A great master of Ecuadorian painting was born on February 21 in the city of Guayaquil. Since I was a child, I was able to observe her works, always located in a preferential space in most of the homes that I visited. 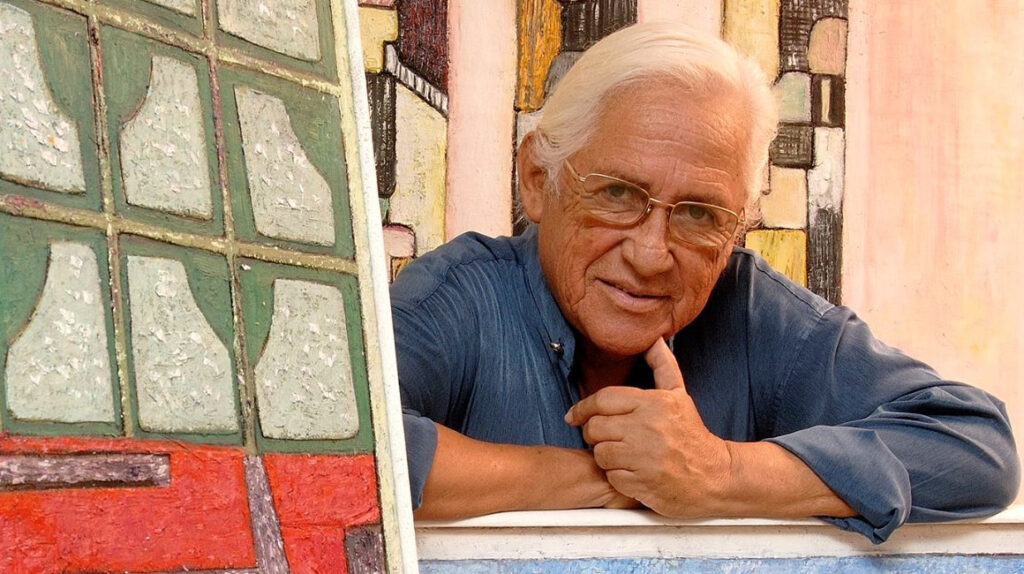 My grandparents, who had a particular fondness for art in general, were the ones who, with great enthusiasm and patience, answered all my questions and concerns since I was a child. I was always dazzled by all those shapes and colors that occupied those walls.

The one who intrigued me the most was Enrique Tábara, of whom they had a work with a dedication to them and also a palette with a vibrant and daring range of colors. But who was he? This teacher who studied in the golden age of the School of Fine Arts of Guayaquil, which at that time had talented teachers such as Hans Michaelson and Luis Martínez Serrano.

In the 1950s, Tábara’s work had excellent critics at the First Hispano-American Art Biennial in the city of Barcelona, ​​Spain, then came a streak of international awards, to such an extent that the famous Catalan painter Joan Miró presented him with talented Enrique Tábara one of his works.

Knowing the trajectory of this virtuous painter motivated me to know the work of other Ecuadorian artists. It was from him that this concern and appreciation for painting was born. At that time, what most caught my attention were these hanging legs, some barefoot and others wearing big shoes, which, in my opinion, defied the law of gravity, also showing themselves as fruits of a tree. Where did these legs come from? or Where were they going? Was that the goal or a starting point? This being the part of our body that leads us to different places or perhaps recoils when it feels threatened, the one that runs, jumps and kicks. How strange it was for me and at the same time how divergent all this felt in my curious head.

It was in the 80s and 90s that I saw different versions of the now famous legs and legs, then I began to see insects, many of them located on a grid, sketches of a game board that developed strategy skills such as chess . Again my question was what is the game? Is it something that only the figures participate in or are they inviting the viewer to make a move?

All this and much more I asked myself growing up. Many years later I was lucky enough to know the private collection of Horst Moeller, which impressed me, there was some of the iconography of Tábara with which I was familiar and at the same time I was able to appreciate other versions and formats of the work of this great artist in its different stages.

In 2004 I was lucky enough to meet Enrique Tábara when I was working in a museum in Guayaquil, the man with the vibrant colors already had a white head. A greeting was enough to make me feel lucky, everyone wanted to have their minute with the teacher, I thank him for awakening in me that passion for the arts. I am left with the satisfaction that his artistic legacy will never perish. (OR)