Last Thursday after officially taking office as Secretary General of the Union of South American Nations (Unasur for its Spanish acronym), the Colombian Ernesto Samper said he will not interfere in internal affairs of the countries of the union, specifically on issues of rights such as freedom of expression or press.

“I came to manage the building of Unasur, but I will not get into the problems with each department, I do not think you can simply say if you agree or not with the freedom of the press or the right to life (…). I will be careful and wil not opine on the internal politics of each country,” he said in a dialogue with reporters in Quito.

Samper also clarified that his administration will focus on driving an agenda in the social, political and economic matter, and will conclude with the creation of the Regional Criminal Court. 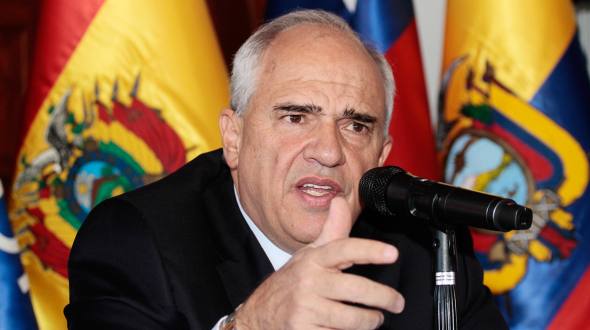