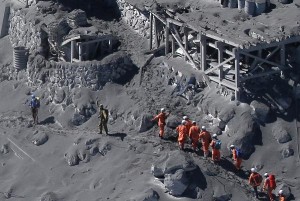 The eruption of Mount Ontake, in central Japan, might have left around 31 dead, although they have so far confirmed the death of four, said authorities of the area.

The government of the Nagano prefecture said that of the 31 victims with “cardiac arrest,” only four have been evacuated because of the poor visibility and toxic gases that emanate from the volcano have impeded access to medical equipment.

Rescuers said that when referring to “cardiac arrest” they refer to the victims that no longer have vital signs and are waiting for doctors to certify their deaths.

About 40 wounded and 45 missing were recorded after the eruption.